History in France, part 1. Eleanor of Aquitaine, Queen of England.

Eleanor of Aquitaine is one of my favourite characters. She was Duchess of Aquitaine, the part of France where I live. She was undoubtedly the most powerful, wealthy, eligible and charismatic woman of her time.

Eleanor (often spelt Alienor in French) was born probably in Poitiers, but it may have been Bordeaux or nearby, in 1122.  Her father was the Duke of Aquitaine and, because her mother and brother both died  (at nearby Talmont – well worth a visit if you are in this area*), she inherited the title of Duchess.

She was well-educated and very talented in many areas; she was extremely lively and energetic, beautiful, and enjoyed robust health throughout her life.  She was an avid supporter of many of the Arts as well as of the famous Second Crusade.

She married King Louis VII of France in 1137 when she was 15 – plenty old enough for that era.  She bore him two daughters, but soon after the second birth she demanded an annulment of her marriage on the grounds of consanguinity, ie they were closely related.  This was eventually granted and, only eight weeks later, she married Prince Henry of England, almost 10 years her junior, who soon became Henry II of England.  The fact she was even more closely related to Henry seemed to be by-the-by!  As the mother of the two Princesses of France, the wife of the King of England and Duchess of a massive part of France, she was hugely powerful and influential. 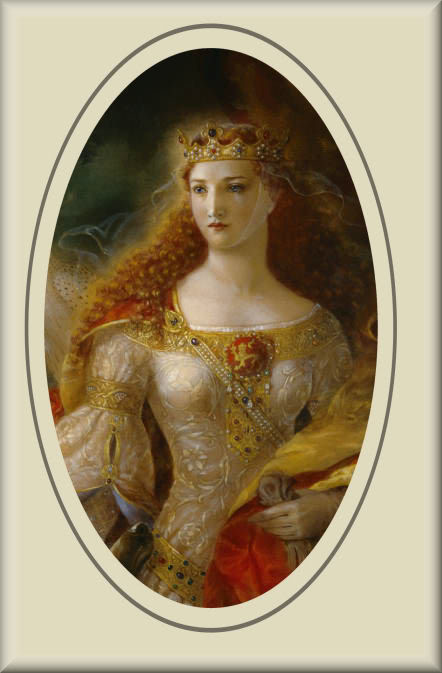 She bore Henry 8 children and theirs was at first a happy union. They eventually fell out and Henry imprisoned her in 1173 for allegedly helping their son, Prince Henry, in a revolt against the throne.  She remained in prison for almost 16 years till Henry II’s death in 1189, when her son Richard I (later nicknamed The Lionheart) came to the throne and instantly had her released.

Eleanor died at the age of 82, immensely old for that time, having outlived all but two of her children.  She is buried at Fontevrault in the Loire area.

* the Chateau de Taillebourg, also in this area, was beseiged by Richard I and is well worth a visit.

For information about our holiday lettings in France please visit www.seasidefrance.com