Chopin (1810-1849) was described by his mistress as “more Polish than Poland”.  Although many think of him as a Frenchman, he was Polish and, although he lived in France for the last 19 years of his life, he never spoke French particularly well.

Chopin was christened Fryderyck in his home village near Warsaw.  He was the second of two children.  His mother was named Justyne and his father, who was born in France but whose family had moved to Poland when he was a child, was Mikolaj – Nicholas in French.  A close-knit and musical family, Chopin had a happy childhood, but suffered from a lung problem from an early age.  He was a child progidy and by the time he was only 8 years old had amazed his teachers with his talent for music and drawing, as well as for his ability to reason intellectually. 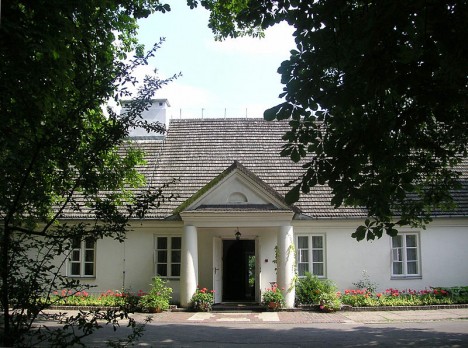 The house where Chopin was born, near Warsaw

Most of his compositions, which were for the piano, were written in Warsaw and, although he never became rich, he had already made a name for himself by the time he was 20, and left for Paris.  It is not clear whether he left Poland because of political unrest or because he thought he would fare better in Paris, but he left his family behind despite a very close relationship with his sister who, eventually, was with him when he died. 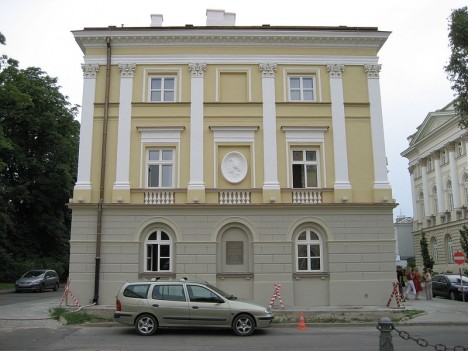 In Paris he struggled to make a living. He gave piano lessons and sold his compositions.  He disliked playing to a large public, preferring the less lucrative but more companionable salons, as was the fashion, and only gave 30 big performances in all the 19 years he lived in France.

He had several love affairs, to include a ten-year relationship with one Amandine Dupin, better known as the writer Georges Sand.  His relationship with her was hectic and stormy; several of his friends felt that Amandine wore him down, contributing to his ever-deteriorating health.

Chopin was only 39 when he died, yet is one of the greatest Romantic piano composers of all time.  Debate continues as to what killed him, probably pulmonary tuberculosis. He is buried in Paris but, at his request, his heart was removed from his body and returned to his beloved Poland. 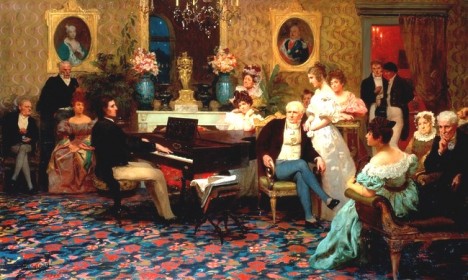 Interested in France ?  Book your holiday near La Rochelle www.seasidefrance.com or enquire at [email protected]