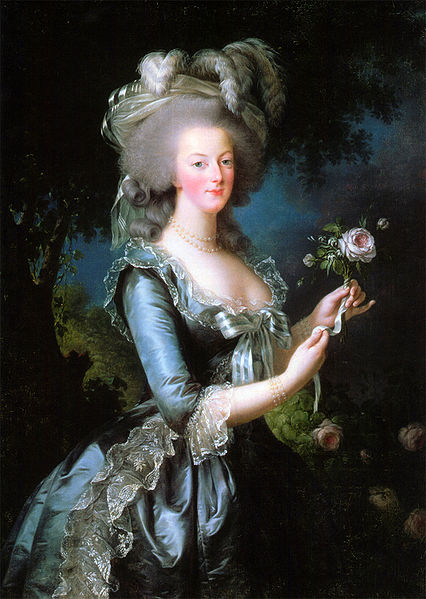 In some ways Marie-Antoinette (1755-1793)  has gone down in history as a frivolous and spoilt woman who was executed because she allowed the people of France to die of starvation while she lived in great luxury.

This is not the case at all.  One has to remember that it was the year 1770 when she, aged only 14, was married to Louis, hier to the throne of France.  Social issues like poverty and starvation were not the norm in any country, ie it was not recognized, generally speaking, as an issue that needed to be vigorously addressed, and it was over 100 years later that those in authority started to look at (and abolish) things like child labour and slavery.  So to expect Marie-Antoinette who was not, to all intents and purposes, the brightest button in the box, and who was anyway only a child, to sweep in to France with any idea of how to deal with the plight of the people around her is completely unreasonable.  To boot, she was a woman, who anyway had no say.  That saying “let them eat cake” is fiction – Rousseau included this in one of his books over fifty years later.

There are, however, several references in the archives of her arranging for the palace kitchens to take food out to the poor who clamoured, begging, around the palace gates.  There is also a record of her not giving a present to her daughter on her birthday because she had spent her money on food and clothes for the poor. 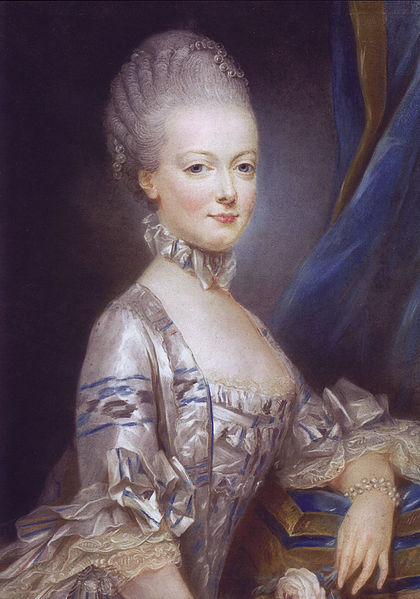 She was born in Vienna in to a cheerful  family with little of the stiff protocol of  French royalty.  She was close to her sisters and, long after her marriage to Louis of France, had the famous “Le Petit Trianon” built for her at Versailles so that she could play the way she used to with her sisters in Austria.  She was certainly very lonely, and she never mastered the French language.  She wrote home regularly and several of her surviving letters show how homesick she was.  She had been married almost 8 years when her first baby, a daughter, was born, which implicates unhappy early years in her marriage.  Indeed, Louis was famous for his many mistresses.

It is quite possible that neither Marie-Antoinette nor Louis knew what to do. Louis, who was 17 when he married, may well have thought that what he could do with his mistresses could not be done with his wife.  Either way, the marriage was not consummated for 7 years.

Marie-Antoinette was bred for the throne of France. One of her sisters became Queen of the Netherlands, and another Queen of Sicily. She was groomed for the role and accepted it with quiet dignity. Love didn’t come in to it.  The royal daughters of Europe expected to be married for political gain and hoped for no more, regardless of what they may have dreamt of. 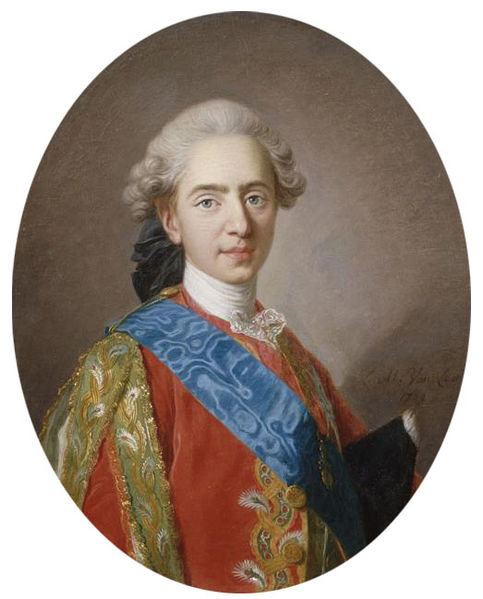 She had bad teeth!

One of the conditions the French royal family had before the marriage was that she should improve her French and have her teeth seen to!  That does make me smile, and it is something that always irritates me in costume drama – most people until really very recently, had crooked or bad, yellowed teeth, or teeth missing, acne, pustules, blackheads, chickenpox scars. And most of them stank.  None of the ladies looked as though they went to the gym – the recent Anna Karenina film made me laugh (and I switched it off after 10 mins or so) when I saw that actress Keera Somethinorother, portraying Anna Karenina … it was quite simply funny.  Anna Karenina was fat for a start.  I also watched parts of the Borgias and Henry VIII – and switched off for the same reasons.  When is a film producer going to be brave enough to depict people the way they truly were ? 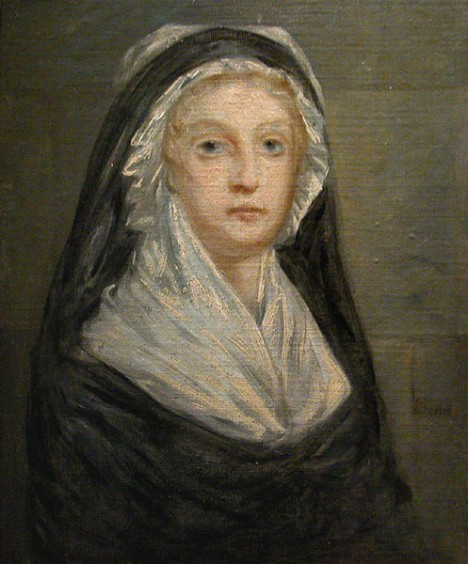 Marie Antoinette shortly before her death

Anyway, I diverge.  The young queen was not popular because she was Austrian, and Austria was an enemy of France.  She was nicknamed “Madame Deficit” because of her spending, which was lavish. However, I do feel that she was not a spoilt and selfish person: she was, rather, a product of her time, of her upbringing and – ultimately – of her marriage.  To make matters worse she was falsely implicated in the purchase of a diamond necklace, worth 14 million in today’s money, and the poor loathed her for it.

I won’t go in to the story of the French Revolution, one of the bloodiest and most shameful massacres in the history of man.  Marie Antoinette and Louis were imprisoned, the children removed.  There is a record of Marie Antoinette begging to be allowed to keep her children with her.  In those months Marie Antoinette’s hair turned completely white – a clear indication of the fear and stress she was under, with no proper understanding of what had happened or why, or if she would ever see her children again. We all know that Louis XVI was beheaded and, for some reason best known to the Revolutionaries, Marie Antoinette, mother of 2 young children, and aged only 37, was also beheaded.  When Napoleon took over he commented ” executing the Queen was a crime worse than regicide”.

Interested in France ?  Book your holiday in the sunny Charente Maritime. Visit www.seasidefrance.com or phone Sarah on 07840161831 (UK number).