Should children be forced to eat ? Family life. 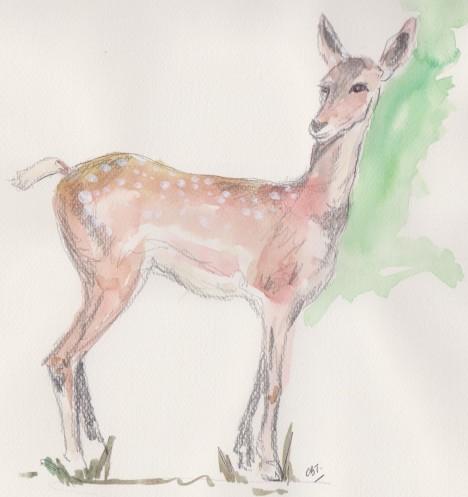 As a grandmother, my answer is a firm and emphatic NO. Goodness, I remember such fraught meal times as I tried to cajole our eldest and also our youngest in to eating things they didn’t want. The middle child always tucked in to anything and everything, but he was unusual in that way. Meal times should be pleasant affairs, a time when the family communicate with each other, tell each other stuff, and when children learn social interaction. To spoil it by getting cross because the food isn’t being eaten is a shame.
To spoil meal times because the food isn’t being eaten when you already knew little he or she wouldn’t like it, is just stupid.

Having said that, there is a big difference between just giving-in to a naughty and ill-mannered child, and deciding to not force them to eat. Those are two different things. Where the problem arises is when you THINK your child likes …. spaghetti, for example ….. and find that he used to but doesn’t any more. And to say to each child, every meal time, “what would you like to eat darling?” is just crazy.

Having grown older and – one assumes! – wiser, the best thing to do is to give the children a choice: “guys, I am going to do either roast chicken or shepherd’s pie. Which shall we have?”
Now, IMPORTANT NOTE: you are not asking them what they would like to eat, you are giving them a choice. It is good for them to make a choice and to agree on one meal or the other (though Lord know this in itself can cause arguments!). Note also the first person plural: which shall WE have? By handling it like this you are informing the little blighters that
1) they will be eating
2) you are joining in with them with what the food will be
3) you are giving them a choice
4) they are a part of the household decisions

Busy mums and limited budgets notwithstanding, something along those lines really should be possible.
So – the child has said he would like shepherd’s pie. It is then perfectly reasonable (on the assumption he knows what shepherd’s pie is!) to expect him to therefore eat it. Piling food high on a plate can be daunting for a child, particularly if he is a fussy eater, so just give a small amount, and tell him he can have more if he would like it. If he then declares he doesn’t want shepherds pie, I’m afraid you’ve got something wrong with your parenting skills – for that is just a naughty and thoughtless child. And that is a different issue altogether.

Children don’t let themselves starve, and it is amazing how well they do on seemingly little food. Our daughter was terribly skinny, but perfectly strong. Our grandson has been with us (age 11) for the past fortnight and he has eaten …. let me see …….. zillions of yoghurts and fruit purees, several lots of spaghetti covered in BBQ sauce, 2 packets of cereal (with or without milk), about 8000 packets of biscuits and nigh-on 50 million Easter eggs. What I do insist on is that he eats with us, holds his knife and fork decently (if not actually correctly), eats whatever it was he said we should prepare (or most of it) ….. and try to talk about something other than his XBox360 …….