Our lovely Royal Family. Proud to be British! 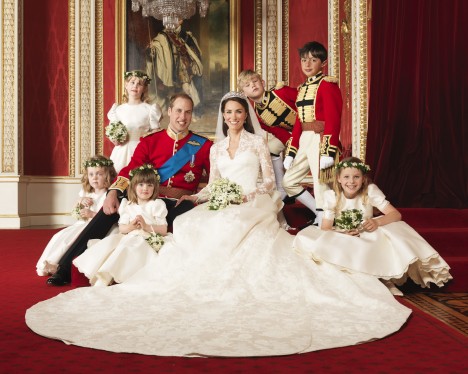 I recently saw on Facebook an image of Her Majesty wearing her crown and the caption underneath was “Queen wears million dollar hat and talks about austerity”.

Well, that is not fair. It is also really rather rude.

The Royal Family bring in to the UK an unquantifiable and enormous revenue in the form of tourism, way WAY over the approx. £40 million pa they cost us … and they cost us 66p per person per year in the UK. Even if we take a worst-case scenario and go by the figures of the fiercely anti-Royal and say that they cost us £184 million pa, that still costs the public a pittance and still comes no where near the income they bring in.

Even if you personally are anti-Royalty, how can you deny the importance of the role they play when they give such pleasure to millions of people ? Not just all over the country, but all over the world millions of people follow the lives of the Royal Family, and this in turn creates masses of employment in media, in tourism and in many other areas. Think of all the little old ladies glued to the TV screen during the wedding of Prince William and Kate Middleton. What would you have them watch … Victoria Beckham ? Come to that, what would you have the Queen pop on her head ? A beret ? She is the Queen, after all !

The Royals carry out 2000 (yes two thousand) official engagements every year, regardless of anything. They attract celebrity-like attention which in turn creates good relations all over the world, good trade for Britain and promotion for Britain and all things British.

Thanks to them charities are able to raise huge funds, and they all do tireless and unstinting work for charities. The Royal awards schemes give invaluable and hugely encouraging support to people who badly need it and to whom it means such a lot. They pay regular and inspiring visits to victims of disease and war and they meet people from a wide spectrum of national and local life.

All their income comes from their own Crown Estates, and up to 75% of the revenue from these estates goes elsewhere than the Royal pockets. The Sovereign Grant (Civil List and Grants-in-Aid) pays only the Royal expenses …. and surely cleaning ladies and secretaries and maintenance men all need to be paid in Royal households too ?

The Royal Family is (mercifully) rapidly moving in to more modern times and a great deal of old-fashioned and fuddy-duddy tradition is being put aside for a more up-to-date approach to the world. To say that they do anything other than GOOD for society in general, both at home and abroad, is uninformed ….

If you want to rant about fantastically wealthy people and where they should or should not spend their money, hats or otherwise, we can all think of a few others we could point the finger at. N’est-ce pas ?

Click below for your copy of “The Man with Green Fingers” from Amazon (Kindle or paperback):-

For more about the royal family:-