The witch-doctor as an oracle. Sorcery, witchcraft continued. Doctors in Africa. 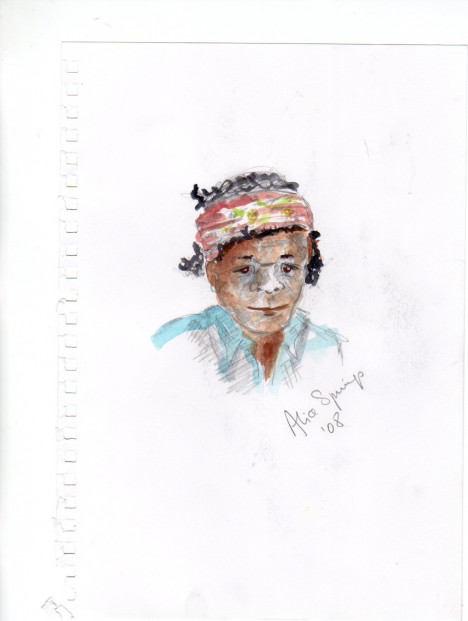 Most so-called witch-doctors could more properly be called diviners or oracles, since they are consulted not only on health matters but on all sorts of problems in addition, particularly questions pertaining to the loss or acquisition of luck. The witch-doctor’s opinion in invoked before undertaking any new enterprise, a journey or a trading venture, and, like the fortune-tellers in Europe, they are especially in demand on sexual questions-affairs of the “heart”.

Some simply throw and handful of human knuckle bones on the floor and read the fortune in that. Others use a chain of cowrie shells or seeds in a similar way. The real seer goes into a genuine trance, usually either behind a screen or while wearing a devil mask. One witch-doctor whom the writer visited in Ibadan put on a voice that sounded like a strange high-pitched humming; it was supposed to be coming from his ju-ju shrine behind a curtain, and it reminded one of the voices in an old-fashioned Punch and Judy show. There was also much ringing of bells, beating of drums and gongs, and blowing of whistles. In other cases, the writer was told, the voice is more like that of a child.
It is not without interest that Milton, three hundred years ago, described an exactly similar scene, setting it in ancient Greece:
“The oracles are dumb, no voice or hideous hum
Runs through the arched rood in words deceiving.
Apollo from his shrine can no more devine,
With hollow shriek the steep of Delphos leaving.
No nightly trance or breathed spell,
Inspires the pale eyed priest from his prophetic cell”.1

The utterings of the oracle have to be “translated” either by the witch-doctor himself or by an assistant. In many cases the diviners appear to be able to reach the truth remarkably accurately, but whether this is due to some sort of extra-sensory perception or merely to extremely shrewd observation and deduction, it would be hard to say. In some cases it is the subject who is put into a trance or a state of hypnosis, in which case the true nature of his or her underlying fears comes tumbling out, true “catharsis” in the psychological sense. Persons accused of witchcraft can often be induced to give elaborate “confessions” while under the influence of suggestion or hypnosis, especially if their own feelings of guilt have taken this form. In some cases hypnotised patients or assistants are put through ordeals of strength or pain, which are credited by the spectators to the witch-doctor’s magic powers.
1On the Morning of Christ’s Nativity

for the previous part on withc doctors click here