Thoughts on how to run a business. Part 6. 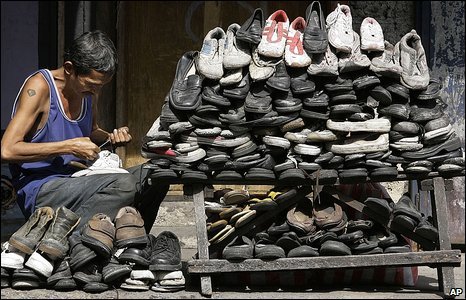 It is sooooo difficult to not be pushy or to sound desperate when you really really need that sale!  I remember it well.  But it is the worst thing you can do.  There are some people who can be talked in to buying an item or paying for a service (we have been victims of this ourselves, in Marakesh, when the vendor of some herbs and potions managed to talk us in to spending a small fortune on rubbish … he was brilliant.  We are tough business people, very experienced, yet he had us round his little finger in seconds. You have to admire him for it).  But on the whole it is a mistake and you shouldn’t do it.

Never ever plead either!  I can hear you all exclaim that of course you would never dream of pleading, but it happens.  Claire ran her own little business selling candles and pretty ornament-type items.  She went to people’s homes in the afternoons, having arranged a tea get-together (or a coffee morning) in advance, and then showed her wares.  I watched her closely, for it was potentially quite a good little number.  All women like to buy pretty things, we all have birthdays and Christmasses coming up, and the women who were not out at work during the day were also the ones who could afford these things.

However nobody showed any interest.  There were about 10 of us there and, statistically, at least three women should be buying.  But everybody sat slightly awkwardly and tried to distract the situation by taking another buscuit or sipping tea. 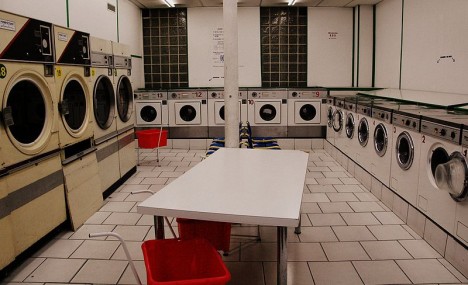 Claire had given quite a sweet little talk about her wares, and had explained some stuff about how candles are made …. yet it had fallen flat.  Why ?  Poor Claire started to plead and, before she humiliated herself totally, I bought a few candles.  This had the effect of kick-starting other purchases, and I realized what had gone wrong:

Claire was kneeling on the floor at a large coffee-table on which her things were on show.  This was a subservient position. Furthermore, the ladies present were seated in armchairs or on the sofa, and nobody wanted to be the first (people are daft!) to get up and go to the coffee table, bend over and ask the price of something.  It was awkward.  The items would have been far better on the main table alongside the tea and biscuits, where the ladies could get up, pour more tea, look at candles …… and buy.

This simple little thing had nearly created a flop.  It made me realize too how valuable a “stooge” can be in some situations.  I don’t want to encourage anybody to be dishonest but, frankly, if I hadn’t set the ball rolling I doubt anybody would have bought anything.  Claire could perhaps have asked the hostess to please show an interest straight away – explaining why – even if the hostess didn’t actually buy anything.  In some situations I expect a friend can be brought along ….

Elodie had a nice little bar-restaurant near Paris.  It was very small, but sweet, with pretty gingham curtains (my idea) and vases of flowers and the lights full on (the French are terrors about having the lights so dim that the place looks closed from the outside).  The area was good, on a central place with two other cafe-restaurants and plenty of passers-by. Yet trade was slow.  The reason was because she didn’t look busy.  People are attracted to places that look popular, quite wrongly assuming that it must be “better” because there are lots of poeple already there.  She stood outside trying to encourage people to come in.  That certainly works in some cases but in hers it was all wrong – it was her way of speaking – in a kind of pleady way.

Elodie then arranged her friends and family to take turns in coming to sit either outside the cafe (even when it was cold!) or inside at the window where they could be seen.  Every day for a week she had at least four friends there, all looking as though they were having a quiet coffee and enjoying it.  Passers-by in the street were then attracted in.  Problem solved.  And once she had built-up her reputation, she was flying

Click here for extract from “A Call from France”