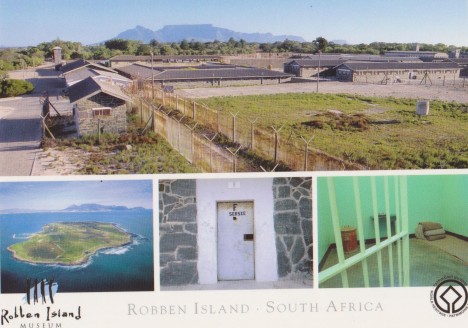 It is an odd thing but when people meet me for the first time they quite often say things along the lines of “ah – you were there during apartheid!”

Yet my friend Fi, who grew up in India, tells me that nobody ever says to her “Ah, the untouchables!”

I think this is because, although the stigma of being an untouchable affected million upon million more people than apartheid did, and it lasted hundreds and hundreds of years, whereas apartheid lasted about 40 years, the Indians were all the same colour and the appalling regime was not given a specific name …. Therefore nobody outside India noticed much and everybody forgot it.  Even though it was vastly worse.

We lived in a “black” town.

I was not aware of apartheid as I grew up.  We lived in a “black” town, called Alice, not far from East London.  At the time it was a pretty little place but when we were there just recently I was appalled – and distressed – at the down-at-heel look to it these days, with rubbish everywhere, stray cats and dogs, people in rags lolling about on the pavements, derelict shops and houses ….  My father was a doctor, a professor of medicine at Fort Hare University, which was a blacks-only University.  Nelson Mandela went there – actually he was expelled  for causing a riot against the mainly white professors.  Our friends were any colour under the sun, and I don’t think it dawned on us that it could be otherwise.

Nelson Mandela once said “make every home, every shack or rickety structure in to a centre of learning”.  But I don’t think anything has changed for the better … not as much as we all hoped anyway.  Not as much as you’d have thought …

The gap between the Haves and the Have-Nots is even wider (whatever their colour) and the existing president (a black man) has just been arraigned for spending $28 million on his home!  Violence is a major problem and there is an alarmingly high incidence of rape.  In many towns tourists are told to never walk around alone – one of Lonely Planet’s comments about Johannesburg.  Black people have the vote – but because of a shameful lack of education they don’t know what they are voting for or why.

I’m not suggesting solutions here.  I’m not saying what is right or wrong.

I didn’t go to Robben Island because I don’t agree with the hero-martyr status given to Nelson Mandela.  The picture shows his cell.  He became one of the greatest statesmen the world has ever seen, but it has to be said that in his youth he got things wrong (don’t we all ?) and was arrested for violence, for leading a pro-violence party, for causing riots and strikes, and for being alarmingly pro-Soviet – at a time when the Soviets were considered a major threat to peace.  His party trained guerrilla soldiers in Algeria and financed their activities with the illegal and cruel trade of rhino horn.  Most people do not realize that, although he was in prison for almost 30 years, he was offered his freedom many times on condition that he stopped the violent aspect of his party (ANC).  He would not agree.

President de Klerk banned apartheid eventually in 1990 (most people think Mandela banned it) – these regimes come and go and have done so from the year dot.  Not that that makes any of it OK, I hasten to add . Nelson Mandela along with President de Klerk won a joint Nobel Peace prize.  The peaceful transition from a white-rule country (and bear in mind that the country is HUGE – about the size of France, Spain and Portugal put together) to a non-racist country where everybody has equal rights regardless of gender, creed or colour was remarkable.  The world can only applaud it, and applaud it loudly too.

Right or wrong ?  I wonder if Mandela would do things differently if he could have his time again ?  We’ll never know.  Either way, many of the problems continue.

One thing that can be said about South Africa, despite its numerous problems, is that today it is arguably the only country with true equal rights regardless of race, creed, gender …. each and every citizen is, in the face of the law, equal.  (The French think it is them, of course). But in view of the rocky political history of South Africa, this achievement alone is noteworthy to say the least.  May the rest of the world follow, and follow soon…..

Click here for Dawn Walk in the Kruger National Park

Click below for “A Call from France”, a true story and voted a must-read for mothers of teenagers.