People in my books – Hussein. Algerians in France. 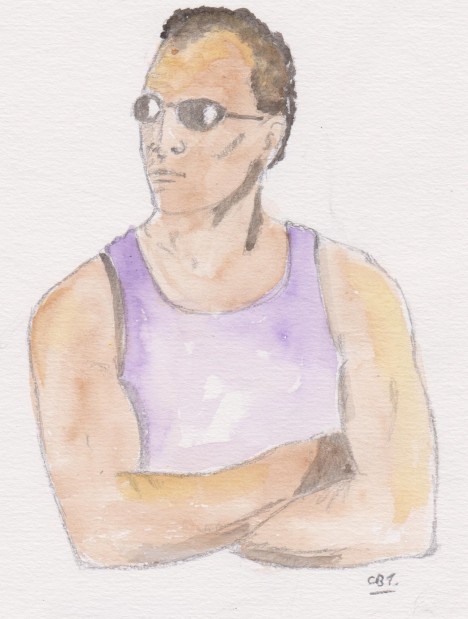 Hussein was not bad.  He was not good, but it would be wrong to say he was bad.  He was ignorant, is more to the point.  He had been raised in a household where fists and shouting were the solutions to most problems.  Men always had the upper hand, and were generally right … simply because they were men.

There is no denying that what he did was wrong, but on the other hand who can blame him ?  The rich kid from the Chateau … he thought he was on to a good thing.  He genuinely loved Debbie at first, and certainly loved his children.

Not that one should defend him in any way, but he lived in a confused world between Algerian Muslim culture and values, and France with all its advantages.  Sometimes he was fiercely Muslim and at other times he was far more like an ordinary Frenchman.  He wanted to please but felt that being “nice” somehow belittled him, as though he needed to prove his supposed superiority when there was really no need to.

He was good-looking in an obvious sort of way, and very muscular.  He went to the gym several times a week for la musculation. However, he never walked – let alone ran – anywhere and ate stunning quantities of junk food.  He didn’t smoke or touch alcohol.  He had vastly more testosterone than brain …

Classified as a must-read for mothers both young and old, and especially for mothers of teens, “A Call from France” by Catherine Broughton is a true story.  Available from Amazon & Kindle, as an e-book on this site, or can be ordered from most leading book stores and libraries.

More about Catherine Broughton, to include her sketches and blogs from all over the world, on http://turquoisemoon.co.uk

To know about Muslims in France:-