It happened like this … an English family move to France. Part 7. Stress and the French system. 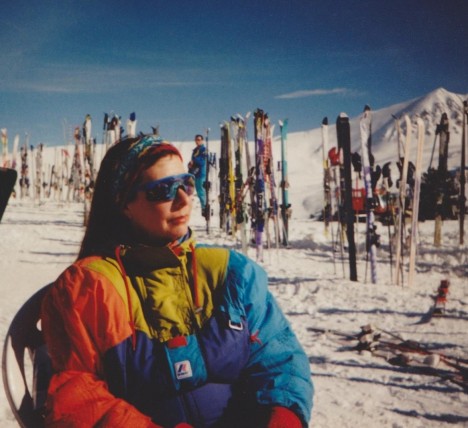 Most years we skied in Andorra, though we did also go to the Alps and, later, Bulgaria, Austria and Italy.  One Christams in the Alps we couldn’t get in to a restaurant because everything was booked out; the waitress explained to me (but in French, of course) with all seriousness: “we are full, because here in France it is Christmas Eve”.  Jolly good, I replied, I wonder what the rest of the world is doing ce soir?

I will not make out that everything was high stress and misery, because it wasn’t.  On the whole, life was good . We had come across some exceptionally difficult times, but we dealt with them and always, and sometimes against all odds,  appreciated the good things in life.

Anybody who has ever been in a stressy situation knows that it encompasses you.  Whether the problem is big or small, for you it is 100%, and it is nigh-on impossible to lay it down to one side and know that one day it will go away.  Perhaps tomorrow, perhaps next week, but one thing is for sure and that is that one day it won’t seem so bad, and you may have forgotten about it altogether.  A problem that seems so big when you are in it can reduce to a nothing after really quite a short time.  I can remember taking a friend to one side and confiding a terrible problem to her and, a year later when I saw her again, she asked me how I had got on and I couldn’t even remember quite what the problem was.  More importantly, what is a big problem to one person is water off a duck’s back to another.  It is all relative and most of it is just passing.

But it is difficult to remember that when you are in the middle of a maelstrom of hassles and worries.

It transpired that I had been “shopped” to the police by a French estate agent in Rochefort.

The gendarmes sat me in one room and Bruce in another.  He told me later that he shrugged and grinned and kept repeating “I don’t understand”, while the gendarme made copious notes.  Actually, I greatly admire the police force, but in this particular situation is was a bit ridiculous to say the least.

The building was on the outskirts of Rochefort, a dank and featureless place with pale green gloss paint on the walls and a lot of notice boards with various bits of paper attached to them.  I remember feeling slightly non-plussed, as if this was a scene in a play or a weak joke.  Nowadays, if ever such a thing happened again, which I trust is highly unlikely,  I would know to tell them nothing and let my lawyer take over.  But I was an innocent and have never come across a situation remotely like this before.  I sat politely, trying my best to look serious when I had an almost overwhelming desire to laugh.  Nerves?  I don’t know.  I am not the nervous type.  But  I dutifully related everything I could think of and told them about the difficulties I was having trying to even find out about a Carte Professionelle, let alone obtain one.  This, however, counted against me:

“So you knew you were working illegally, otherwise you wouldn’t have enquired about the Carte?”  !!

“We’re leaving!” I declared as we drove home.  “That’s it!  I’m starting on the packing tonight!”

We could not throw away what we had built up because of some hiccup in the law and we had the good sense to know that it was neither France nor the French that was doing this to us – the same problems, or varying versions of them, exist in any country.  For us it happened to be in France.  It was a great shame for it coloured France and the French for us both – an unpleasant colour that took us a very long time to wipe away.  And even now, after all the great things that have since happened, that nasty colour seeps back in to view, like ink spilt on a page, from time to time.

We had improved our situation so much

Having been bankrupt when we left England, now almost five years ago,  we owned an amazing house, a smart car (each), we went on skiing holidays and fun camping holidays.  We had built up a small circle of friends and had a bit of a social life.  The children were doing well at school and had lots of chums.  It was crazy to throw it away – not least because, if we did decide to go, the sale of our house would bring in no where near enough to get us home and buy a new house.  Had there been more that enough equity in the house, yes, I think perhaps we’d have gone.  Perhaps.  Nah … almost certainly.

We had to be sensible, and the sensible side of us knew that whatever happened, it would almost certainly work out fine.   I am very positive, almost always.  There is invariably a way round things.  I taught my children, and as adults they all quote it: “there is always a solution; it is just a question of finding it.”   We located a lawyer, a dear young man by the name of Vincent, who looked to be only about fifteen years old.  I went to see him and, Jake on my lap, told him the tale.  He smiled reassuringly, nodded, put his finger tips together the way lawyers do when they are listening.  He assured us that it was most unlikely I would be sent to prison, and that if I was it would probably be only for a week. I smiled.  That’d be most interesting, I said, I have never been in a prison.  I shall look forward to it.

It was at about this time that Bruce started to complain of a bizarre sensation in his head.  Sometimes it seemed to be a ringing in one ear, sometimes a buzzing in his skull.  Often it was a heavy sensation in and around his entire head, and his hearing seemed affected. He often felt nauseous and dizzy.  He put up with it in silence for several weeks then, as it was clearly not going to go away, we went to the doctor.

Meniere’s Disease is a malfunction in the inner ear, where excessive fluid causes a blockage which in turn creates loss of balance.  It varies from person to person, ranging from dreadful symptoms where the patient simply cannot stand up without falling over, to an unpleasant buzzing, and everything in between. It can be a temporary condition, or a permanant one, and can be difficult to diagnose because the patient does not necessarily show the same symptoms as a different patient, though the general ones are deafness, buzzing/heaviness, and dizziness.  It is thought that it is triggered by stress, and there is no known cure.   Bruce’s Meniere’s steadily got worse, a little bit each year, with bad and good patches throughout.  He has never recovered.

It was at about this time that Tim died.  I cannot write about it.  Suffice to say it knocked me for six.

A close girl friend in England, somebody I used to spend a lot of time with,  and who I had known in South Africa, also died very suddenly.  She was doing a work out at the gym when she had a brain haemorrage – she was dead before she hit the floor.  Our children had played with her children many many times.   Dead.   It is an odd word when you think about it.  Her husband and the children returned to South Africa soon after the funeral.  I have tried to look them up several times when we have been over there, but to no avail.  Shock waves went through our household and for a long while everything seemed to be out of kilter and I felt almost as though there was a jinx on us.  Headaches, weepiness and nightmares continued.

One thing I will say for the French is that they have a fantastic medical system.  I am a great champion of the NHS in the UK and feel we are incredibly lucky: as good a treatement, and frequently better treatment, than you can get anywhere in the world and all for free.  In France you have to pay a top-up insurance as only 75% is free.  Actually even then it is not free, it is refunded, which is slightly different.  Gosh, imagine the outcry in Britain if the government suddenly decided that everybody had to pay the doctor and then claim it back!  Never mind if the government declared the British had to also buy a top-up insurance!   The complaints, a favourite pass-time of the British who do not understand the system, would soon stop.

For our family of 5, this insurance cost something in the region of £30 per month – that was then.  We could afford it and on numerous occasions were glad of it, but some people cannot afford it and so only get 75% of their medical needs paid for.  The rest they have to finance themselves, though there is a system in place for people below a certain income…

The system in France has changed in recent years, for you now have to (perfectly sensibly) get a letter of referral from your GP if you need to see a specialist, and you also have to keep the same GP.  In those early days you could go to as many different GPs as you wished, and as many specialists as you wished, getting refunded all the way.  The abuse of the system cost France a fortune and it was crazy.  If a patient didn’t like the treatment or the verdict of one doctor, they would simply go to another – and the French tax payer picked up 75% of the bill, from GPs to specialsts and back again.  Where our UK system falls down is that referrals to specialist doctors are done by the GP and/or the GP’s secretary and that is where the huge delays come in.  In France the GP gives you, the patient, the letter and it is up to you to make your appointment.  Cutting out the middle man, ie the secretary, saves a great deal of time for all concerned.

My nerves frayed almost beyond endurance and Bruce’s Meniere’s regularly laying him flat, we were well looked after by French doctors.

And that was just as well because it was also at about this time that a letter arrived in the post, from the land tax authority, stating that we owed them 650 000 francs – about £65 000.

Please note that I do not necessarily know the site I recommend (below), it is just FYI:-