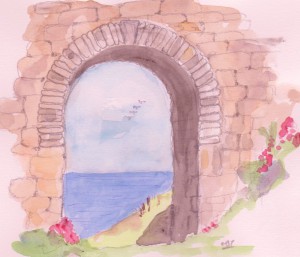 I should say “the British pub” (v. French cuisine) though I haven’t been anywhere in the British isles other than England unless you count a brief trip to Scotland over 30 years ago and a brief trip to Wales nearly 10 years ago. I also did a trip to Alderney with a boyfirend 500 years ago … a different lifetime altogether.

I spend quite a lot of time in France and I can formally confirm there is nothing – but NOTHING – particularly good about their food. Nothing particularly bad about it either. I have travelled a great deal and can likewise formally confirm that some of the best food I have ever had has been in an English pub. Throw in the wonderful atmosphere one usually finds in a pub, and it is excellent beyond excellent. Apparently the Michelin top chefs are British … or was it the Michelin top best places to eat are in Britain ?

Something really great about eating in the UK is the huge variety – what we call “Indian” food is not what we’d eat in India – but it doesn’t matter. It is almost always good – Mediterranean, or Turkish or whatever. 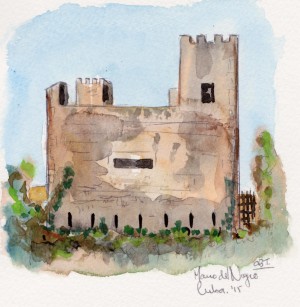 Away from home territory, and without a shadow of a doubt the worst food I have ever eaten was in France – several times! The best has been in South Africa – and southern Africa generally – where you get consistently good food, succulent steaks and great service. Despite what everybody says about American food, we have always eaten very well in the ‘States too. I think one of the things I dislike about French food is that most of the restaurants (around here at any rate) serve the same things – if I ever see another bavette a l’echalotte I will kill it. But then that’s just this part of France.

It is a source of great wonder and amazement to me – a French neighbour has invited us to her house for a meal several times, (reciprocated, bien sur!) and the food there is always rubbish and not a lot of it. She brought a jar of jam round once, which was very kind of her, but it was revolting. Yet the French will insist their food is the best. I think it used to be because the French didn’t travel much – their food seemed to be good to them, because they had never experienced anything else. But the young French travel around a fair bit, so perhaps this misplaced vanity will peter out. 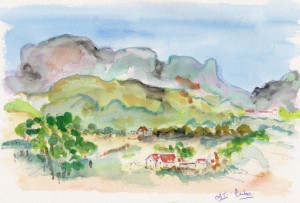 Of course, it all depends on what you eat and where you eat and one shouldn’t generalize. The French are beginning to understand about atmosphere too, which is a relief. I have frequently eaten wonderful food in France. I once had a disgusting dish in Australia (though there too the food was consistently good with lots of variety), and once some tomato soup in Istanbul seemed to be blood and not soup at all (I did say SEEMED to be – I know it really was tomato). So it all depends. My favourite will always be a good English pub with a huge log fire burning in the grate. And I will always say that French food – generally – is nothing to write home about. Nothing at all.

Catherine Broughton is a novelist, a poet and an artist.  Her books are available from Amazon and most usual sources.