The coat of arms of Rochebonne

Today’s coat of arms is based on an old shield (donated to a museum in La Rochelle) found in the out-buildings at the Chateau in 1995.  It showed 3 castles and an inscription which appeared to read semper verum (always true), but it was badly damaged and difficult to make out. 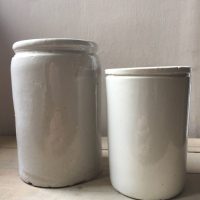 Other motifs were the traditional fleur-de-lys found in most grand houses in France.  A bit of digging around and we came up with the blason (coat of arms) of a village in the south of France, named la Detrousse.  This also showed the three castles. At first it seemed to have no relationship at all with Rochebonne, till we discovered that the lord of Detrousse was part-owner of Rochebonne long before it was burnt to the ground in the French Revolution (1789).  We could find no record of him in the archives, so we can assume he never lived there – and possibly never even visited. 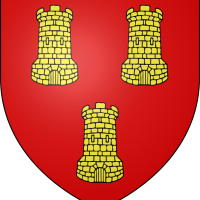 However, we do know that the first owner of the property was a lawyer to Louis XIV (b.1638), and that lawyers of the time were often also debt collectors. The word “detrousse” doesn’t really mean anything, but a “trousse” is a small bag – a money bag presumeably*.  We also found out that the lord of Detrousse owned three castles.  Was Rochebonne once a fortified building ?  It is quite likely because this area was invaded and/or occupied  by the English throughout the time from Eleanor of Aquitaine (b.1122) to around 1650.  Further investigations revealed little else. 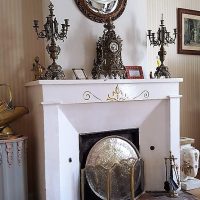 a restored fleur-de-lys motif on one of the fireplaces 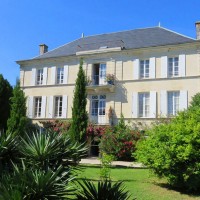 Rochebonne today. There is very little left of the original building which was burnt to the ground during the revolution.  Only the stone stair case and parts of the hall floor appear to be original. 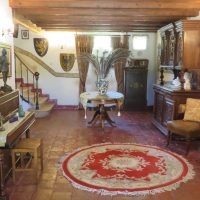 The property was re-built, in a smaller version, in 1840 or so, then abandoned during WWII and rescued by us in 1995.

For your holiday at Rochebonne visit www.seasidefrance.com or e-mail Sarah at [email protected]