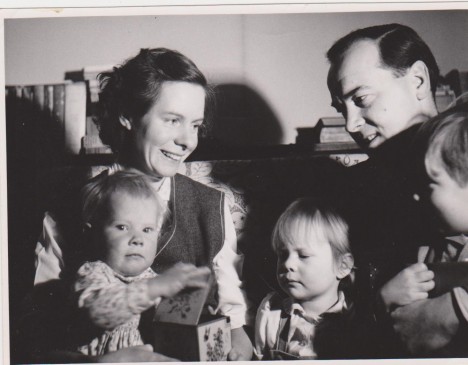 The practice of witchcraft, that is to say the use of magic to do such things as cause babies to die, crops to wither, or women or animals to be barren, is clearly impossible and can only exist in the imagination. On the other hand, sorcery or black magic is definitely practised and can have a positive effect on the victim. In some cases it is a matter of downright murder, as when poisoning is resorted to under the cloak of magic. The legal position is then clear cut. In other cases it is some form of suggestion. The witch-doctor, or sorcerer, uses some method of bringing to the victim’s notice that he has been bewitched. He may simply spread the rumour about, or he may leave some sign, e.g a bat’s wing, on the victim’s bed or in a similar place. In New Guinea, the “whistle-man”, as he is called, “points the bone” at the person supposed to be at fault. In whatever way the victim becomes aware of the fact that he has been “named”, the result is the same. He gradually sickens and, in severe cases, may eventually die. The psychological mechanism can only work, needless to say, on someone of that particular cultural way of thought. Whether this can be called murder has often been debated, for the victim in fact kills himself by his own fears. Nevertheless the intention to murder is there. But prosecution has the effect of making it look as though the authorities believe in this sort of magic, whereas the best way of combating it is to ridicule it. Deliberate murder by practising sorcery is probably very rare however. Certainly Western doctors come across it only rarely as a possible cause of death. The writer, for example, has never personally seen a case. But exceedingly common is the belief by sick persons that they are the victims of sorcery or witchcraft, which is a very different thing. This belief, completely unfounded as it usually is, may nevertheless itself be sufficient to kill the patient, and the condition is known to medical science as “thanatomania”. 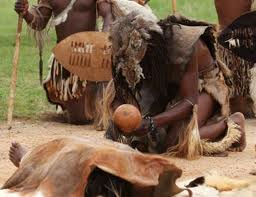 It is interesting to note that there are certain forms of sickness that are almost invariably attributed to supernatural causes. Among the illnesses in this category are such things as chronic wasting sicknesses, weakness, fits, spasms, relapsing fever, chronic headache, stabbing pain, paralysis, hunch back, sterility in women, delayed labour, impotence in men, all infant diseases, insanity, sometimes smallpox, and any condition which becomes chronic or does not immediately respond to folk medicines, e.g. leprosy. The witch-doctor will usually be consulted in the first instance about these complaints. Only when there is no improvement will the patient eventually go to the western trained doctor. Death, if we can call that an illness, is also almost always ascribed to a supernatural agency.
It is often said that neurosis is rare in primitive or uneducated people. On the contrary, it is probable that hysteria is much more common than with us and an anxiety state is so common as to be regarded as normal. Most of the neurotic illnesses will be felt and described in terms of physical symptoms. The above list of symptoms shows that most of them are of the sorts that are also seen in hysterical conditions, for example paralysis, fits, transient pains, delayed labour. Where hysteria is the cause, such symptoms will be readily relieved by “psychological” treatment. Even organic disease may have a hysterical overlay, that is to say there may be superadded neurotic symptoms of a sort appropriate to the cultural setting. These symptoms, too, will be at least temporarily relieved by the local “witch-doctor” or medicine man.