Snippets of French history: the storming of the Bastille 1789. Part 3. 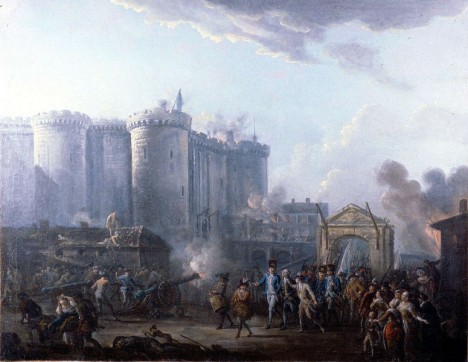 The Bastille was a medieval fortress in the centre of Paris, comparable to the Tower of London, where prisoners were kept.  Like the Tower of London, it was a representation of royal authority ie. your average horse thief was not kept there.  When the storming of the Bastille took place there were just seven prisoners. The building, too expensive to run, was due for demolition.  The liberation of the 7 prisoners was pretty-much by-the-by, for five of them were due for release within days anyway.  The storming of the building was all about seizing arms and gunpowder – most French think it was about liberation, but it wasn’t. It did, however, mark a flashpoint of the French Revolution.

The reasons were complex

The reasons for the Revolution are very complex, as these things always are.  It wasn’t simply a question of the poor starving and the rich getting fat.  There had been noises for many years about precisely that, as indeed there was all over the world – and there still is – with writers such as Voltaire mooting a different approach in the government and questioning the absolutism of the king.  The whole notion of power shared between monarch and government had been batted around Europe for some time, with England having addressed this problem a hundred years earlier, as well as Prussia and the free-thinking Flemish nations, not to mention America. 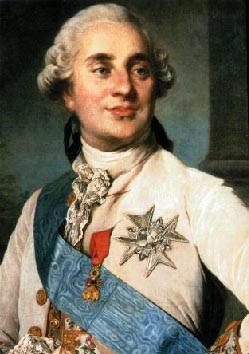 The reign of the king, Louis XVI, had created appalling debt because he has supported the American Revolution against the English.  France was in dire straits.  Fortunes had been spent equipping ships and soldiers in the Americas and, financially, France was on its knees.  On the face of it, the simple solution was to tax the nobility even more heavily that it already was.  The nobility, which represented barely 2% of the population, had already invested heavily in Louis’ disastrous ventures in the Americas and a General Assembly was called in 1789 in order to address this problem.

The nobility refused to support the king any further.  The proletariat (the common people) were then represented in what was to become the National Assembly.  The National Assembly, in turn, created the Rights of Man & of the Citizen (The French often say theirs is the Land of the Rights of Man, but this is not so at all – see previous item http://turquoisemoon.co.uk/blog/the-rights-of-man/)

It must have been clear to all concerned that Revolution was just around the corner. 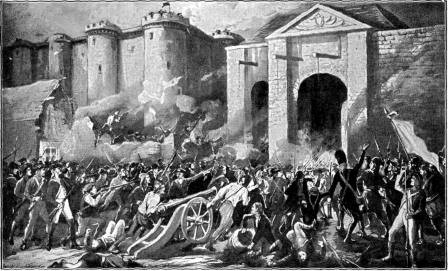 At this stage the commoners introduced what was to become a symbol of the French Revolution and, eventually, of France: the tricolor.  The blue and red were the colours of Paris and the white the colour of the king.  These were worn as cockades (rosettes) in hats.  It is worth noting that the main backbone of the common people was not at all against the king. They just wanted change.  A very large proportion had an inbred loyalty to the king.  The idea of murdering the king was not at all a part of the equation.  They wanted him, as their king, to find a solution to their predicament.  So, unlike what a lot of people think, the French Revolution was not about getting rid of the king. Indeed, Louis badly wanted to do the right thing and he wore a cockade in his hat as a gesture of support. As he returned to Paris from Versailles he was greeted by cries of “Vive le roi! Vive la nation!“

Unfortunately the king, influenced by his noble supporters, dismissed the one person in his ministry who could have helped him in his support for the people, one Jacques Necker.  The people were outraged. Did this mean that they still had the king’s support or did it mean he was turning against them?

Now, at that time quite a large percentage of the Royal Guard were mercenary soldiers from Prussia.  Fear begets fear, ignorance is a pestilence, and mob violence is infectious. Word went round that the Prussian Guards were rounding up against the crowds, and these rumours were egged on by a French man called Camille Desmoulins.  In some ways one could argue that he, Desmoulins, caused the biggest blood bath of the 18th Century, holding a pistol aloft, standing on a table and shrieking that the Royal Guard was about to massacre them all.  It was not true but ignorant and frightened people, en masse, are dangerous.

Unrest, panic, fear, anger ensued. The mob got out of control. They needed arms.  A hysterical crowd, on 14th July 1789, stormed the Bastille to grab muskets and gunpowder.  Attempts to call a cease-fire and get the mob back under control were ignored.  The governor of the Bastille was murdered, then the mayor of that part of Paris. More murders followed, also accidental deaths as people were crushed underfoot.

The Revolution had started, and was to rage on for 10 years.  Soon “The Great Fear” spread across France as murders increased in complete chaos.  People with what appeared to be money (whether they were wealthy or not) were slaughtered indiscriminately, often their servants along with them.  Over one million civilians had been murdered before the Revolution ended, to include babies and children, the sick, pregnant women and … as we know, the King and Queen. 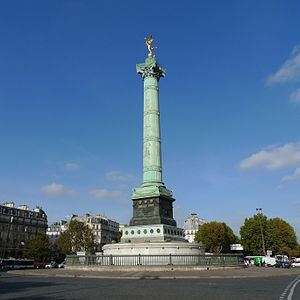 Colonne de la Bastille, where the prison used to stand.

Interested in France ? Book your holiday in the sunny Charente Maritime. Go to www.seasidefrance.com or e-mail Sarah on [email protected]