Thoughts on how to run a business. Part One. 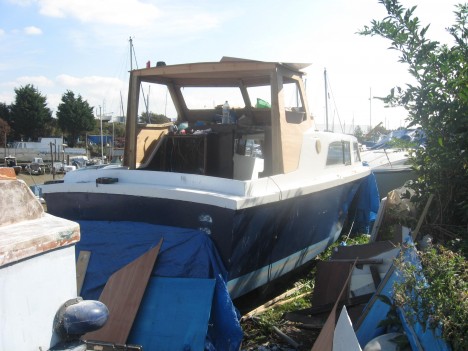 –          You need to produce the best possible of your product, given your abilities, your finances and your general situation

–          Bear in mind that, generally speaking, your client is not interested in you. Clients can frequently be stunningly selfish and will even unwittingly walk all over you. But your role is to sell your product, not to make friends.  I remember many an occasion, when I used to have an estate agency, when the client could be so selfish with no regard at all for me or my needs, totally oblivious to the fact that I was paying a childminder when they had no intention of buying; I saw time-wasters and out-and-out liars, really boring people, even smelly people, noisy, rude, cheeky people, dishonest people, stupid people (I once had a client who had got some kind of qualification in child-care and she wanted to open up a nursery in the French countryside. She spoke no French and France has one of the best pre-school  systems in the world … but voila. It was not my place to tell her she was stupid). Likewise it was not my clients’ role to bear in mind my needs or my childminder. And – mercifully – most of them were really nice!

–          Having said that, it is very helpful if your client likes you.  But too much grinning and joking, too much chummy chatter is a mistake.  You need a smiling yet serious stance, a polite but friendly approach.

–          They say looks don’t matter, but they do. You have to look the part.  I know a man, Pierre,  who owns a restaurant.  One of his waitresses was a tenant of ours for a year or so. Poor kid, she was revolting.  She had nasty yellow teeth, big rubbery lips, hairy legs, acne and she was filthy. I know because of what she left behind when she vacated my cottage!  Nothing would possess me to eat in Pierre’s restaurant, nor would I ever recommend it to anybody.  Because although the unfortunate physical attributes of the waitress were not her fault, and she may well have been battling to rectify them, it was nonetheless extremely off-putting to know she’d be serving our food. Looking the part, as far as you sensibly can, is essential. 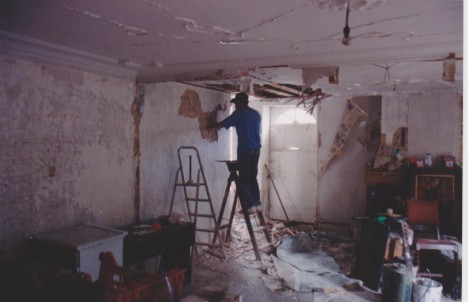 –          Know your stuff !   Make sure you know what you are talking about and, if you don’t, say you’ll look it up – and for goodness’ sake do so and learn it.  Whatever you do never pretend to know and then look stupid afterwards – that is unless you are good at ad-libbing and laughing at yourself.

–          Learn to read your client.  Most people are poor at reading other people. It is a knack, and women seem to be better at it than men. There is a lot on Google you can learn about body language.  To boot, your client is often afraid of putting his foot down and will say something like “er … not sure about that ….” when in fact s/he means “no”.

–          Be thick-skinned. That is one of the hardest lessons I learnt and it took me many years to learn the “water off a duck’s back” attitude.  It is easy to get hurt by a thoughtless remark from a client, or by a client pulling out of a deal that you thought was all stitched up.  Learn as quickly as you can to say “oh well, that’s that” – and move on.

–          Never do “freebies” unless it is an essential element to what you are selling.  Doing a freebie will often make you look desperate, or sloppy or even downright daft.  And freebies often work out to cost you far more than you imagined.  For example, I used to know a builder who would systematically give a freebie to each client – paint a wall at no charge, install the washing machine at no charge, supply some gravel for the pot hole in the drive for free …. do not do it!  He got no respect for it, it never made the client more happy with the building work and, worse, if there were grouches and groans to be had from the client the freebie made no difference at all.  So he might just as well have charged for it.  Furthermore the freebie wall painting he volunteered would invariably turn out to be on the very day he was desperate to get started on something else for a different client, the new client would get cross … and so on.

–          Which leads me on to: know where your profit is!   Your profit is often tied up in all those little extras.  Think about it: if you say to your client “do please just have that, no charge” is that client then going to run off to his friends and say “oh you MUST use XXX because he gave me this for no charge!”   No, of course not.  So why do it ?   For example, Fiona runs (and owns) holiday cottages. She used to put a bottle of wine and a jar of paté out for each guest as they arrived.  There are eight cottages x £5 per bottle = £45 + pate @ £3 per jar = £15 = £60.  Every week x 10 weeks – £600.  Plus her time running back and forth (or paying her cleaner to run back and forth) to 8 different cottages.  Now, she did not expect her guests to fall to their knees and thank her for the produce, but she certainly didn’t expect complaints about the produce.  More importantly leaving these items for the pleasure of her guests did not create re-bookings let alone new bookings.  The properties are always full regardless.  So why do it ?  As I write I am staying in a dear little cottage in Sussex because we had to come here for a funeral.  The owner has put tea bags and bread etc. for us, which is very kind, but I would not come back because of it and nor would I recommend the place to a friend because of it.   I will come back here, I am sure, but not because of the tea bags.

-Remember your AIM.  What is your AIM ?   To that question, if you have mentally replied “to give a good service” or “to make people happy” then I’m afraid your business will fail.  Your AIM is to make money.  Giving a good service and making people happy should be an integral part of it, but not your AIM. 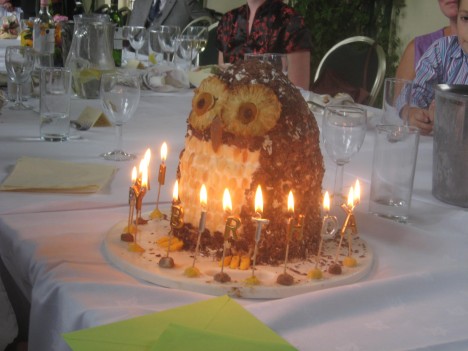 – be your own man.  Although I said earlier about how you have to just put up with it when clients are being unpleasant, there does come a point when you have to walk away.  A family wanted to book one of Fiona’s cottages for a fortnight, but on the phone when they were asking about the property they were already being difficult: we don’t want to pay a breakages deposit, why should we pay for utilities? we need pure cotton sheets, how high are the skirting boards? (not really) – they hadn’t even booked yet but were already being a nuisance. So she told them no – they were flabbergasted, and she told them why, when she said she wouldn’t take them.  It is great – wonderful – when you have got to the stage in your business when you can turn people away.  Politely, professionally, but turn them away.

– be available.   There is a young man nearby who set up an internet business.  He told me he had lots of enquiries but that they never seemed to come to anything.  So the next day I phoned him on the pretext of being a customer. I said I needed a computer repair. “Phone me back later,” he said, “I haven’t got my diary with me”.  Deary me.  Be available. Sound interested in your client’s problem. Have some system (good old fashioned pencil & paper will do) whereby you can quickly note the customer’s name and number.  Don’t make promises you can’t keep but never ever tell your client to phone you back!

– what’s in a name ?  Well, there is a lot in a name.  It never ceases to amaze me how people will agonize for ages over what to call their business.  The name becomes totally irrelevant if it is not clear which service you are providing.  I often used to drive past a big well-lit sign, here in France, that said “QUICHENOTTE”.  I often wondered what it is (a quichenotte is a local hat) and long after the place in question had closed down, I discovered it was a restaurant.  The sign should have said “RESTAURANT – La Quichenotte”.  Samuel Dupont, a neighbour, had a van beautifully signed “Ent.Dupont”.  Good.  But what is it ?  A hairdresser? A cobbler ?  A supplier of quichenottes ?  He was a plasterer and once he had added that fact to his van he got a lot more trade.

End of Part One ! 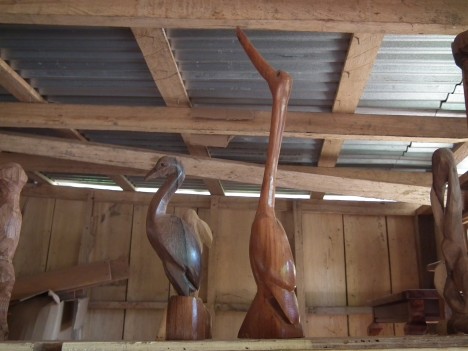