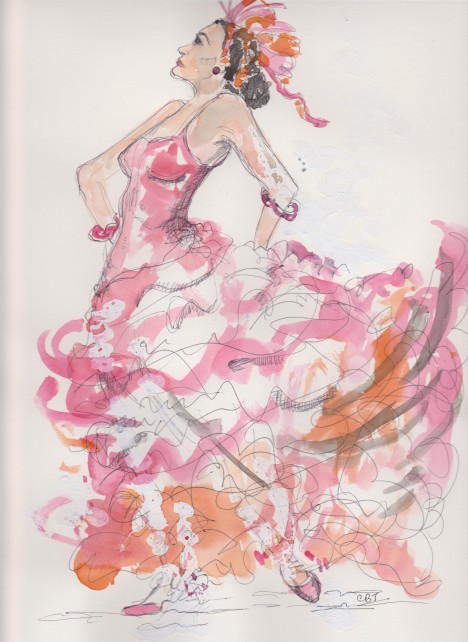 They say that wherever you spent your “formative years” is the place that remains in your heart.  Surely that depends on one’s definition of “formative years”?   I think it is not just the childhood years, but adult years where we learn a lot, do a lot, feel a lot …. I lived in Spain for over three years when I was in my twenties, ie after I had supposedly “grown up”, yet it has remained in my heart almost as stongly as Africa … where I spent my childhood.

When I left, aged around 27, and under somewhat traumatic circumstances, I said I’d never go back.  Yet I have.  Perhaps five times.  In many ways I wish I’d kept the precious memories of the Costa del Sol intact, for they have been a little distorted by the present-day bling of the area.  When I lived there, there was a very dangerous road that ran the whole way down that eastern coast.  That has been replaced by a dual carriageway – which I daresay was much-needed.  And the road up to Ronda!  If you didn’t go up to Ronda on the old road it is too late now and you will never get the chance to gasp in terrified awe as your vehicle rounds a bend and a precipice opens up directly in front of you … those were the days!  It is anyway worth going to Ronda, despite the tame road.  There is an amazing bridge there – apparently they used to execute criminals by throwing them off it till relatively recently – 1960s or so. 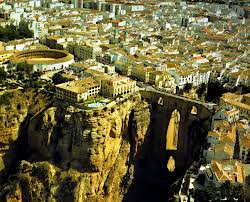 I lived near the little town of Estepona.  In those days it was a sleepy, backward little town, very friendly, and boasting a never-ending odour of fish, seaweed, bread, coffee and paella … in that order.  I used to always frequent the same butcher, where I bought pulmones for my dogs.  That butcher and I shared a little joke which is far too rude to repeat here – anybody who speaks familiar Spanish will understand when I tell you I asked this butcher if he had got a chicken, but instead of asking for “un pollo” I asked if he had a “polla“. 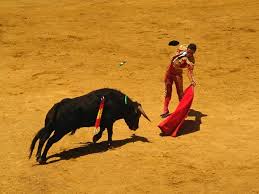 I only once went to a bull fight.   The bulls were small scrawny things. Nothing like the huge beasts depicted.  I daresay even small scrawny bulls can do considerable damage.  It was horrible, really horrible, with men dressed as plonkers taunting and taunting a bull that just didn’t want to move.  The poor creature.  When he was eventaully killed he remained wavering on his feet for a while, blood pouring out of his mouth  …. I walked out.  It was utterly horrible.

Catherine Broughton is a novelist, a poet and an artist.  Her books are available on Amazon and Kindle, or can be ordered from most leading book stores and libraries.  More about Catherine Broughton, to include her sketches and blogs from around the world, on http://turquoisemoon.co.uk