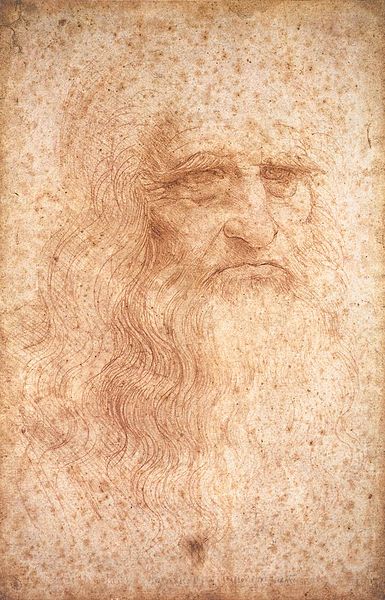 It would be crazy for me to attempt an item on Leonardo da Vinci (1452-1519), an Italian who spent most of his life in Italy.  However, he lived the last three years of his life in France, and died in his French Chateau de Clos-Luce, near Amboise in the Loire Valley.

He was an illegitimate baby, born to a peasant girl and a wealthy lawyer.  The name da Vinci means simply “from Vinci”, his mother’s village.  When the child was four or five years old, however, his father took him in, having had no children by either his first or his second wife, both young women.  One wonders if Leonardo would have gone from strength to strength in the way that he did, had he remained in the simple and poor household of his mother.

Self-portrait in red chalk, very enigmatic. But he looks vastly older that the 67 maximum he’d have been.  Life was harder and people aged and died quickly. 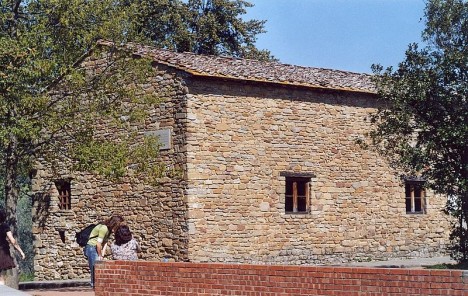 Leonardo’s mother’s cottage at Anchiano (Tuscany) , open to the public

He was an old man of 64 (well, that was considered old!) when he moved to France, commissioned by King Francois I to make him a mechanical lion which could move forwards and then open up to reveal lilies.  Despite the Italian Wars (1521-1526) in which France was one of several agressors, the kings of France – Charles VIII, then Louis XII, and finally Francois I – had met Leonardo da Vinci and admired him greatly.  At the end of the wars,  the king promised him a huge pension if he would join the French Court which was at that time at Amboise, just 2 kms away from le Clos-Luce. 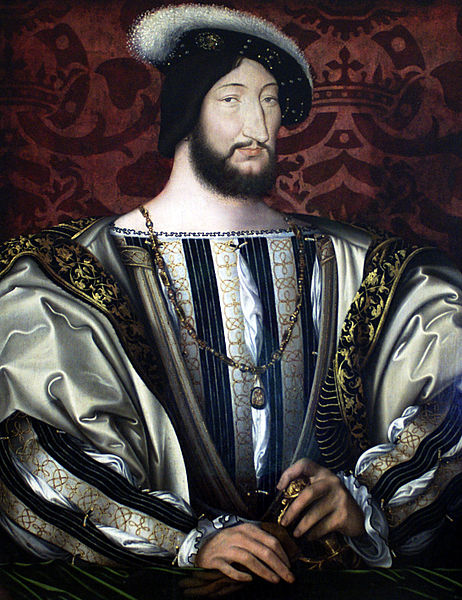 The king, Francois I. He was the father-in-law of Catherine de Medici – see previous item (click here)

Leonardo crossed the Alps on a donkey, and brought the Mona Lisa with him.  He was accompanied by his great friend the Count Francesco Melzi, plus a small retenue of servants.  The King became his great friend and legend has it that he (the king) held Leonardo’s head as he died – we know that is not true because we know that the king was at least a day’s ride away when Leonardo died.

He was buried at the Chateau Amboise, but (much later) the chapel and its graveyard were razed to the ground, along with most of the chateau, during demolition because it became too expensive to keep.  Leonardo’s remains were almost certainly re-buried in the grounds, but nobody knows where. 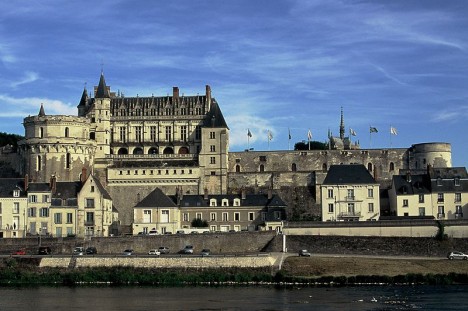 At the Clos Luce, which is open to the public, Leonardo did surprisingly little painting and concentrated more on his designs and inventions.  There are 25 full-size models of his inventions dotted about the 15-acre grounds, and the best part of a hundred of his maquettes, writings and diagrams.  The rooms have been beautifully refurbished in the Renaissance style, to include the bed where we assume Leonardo died.

Of him the French king said “nous ne verrons plus jamais un tel homme” – we will never see his like again.  Indeed, Leonardo was ahead of his time and visualized flying machines and army tanks long before man had the technology necessary. He was a polymath in every sense of the word – a pianter and sculptor, and architect, musician, mathematician, engineer, an inventor, an anatomist, geologist, cvartographer, botanist and writer. 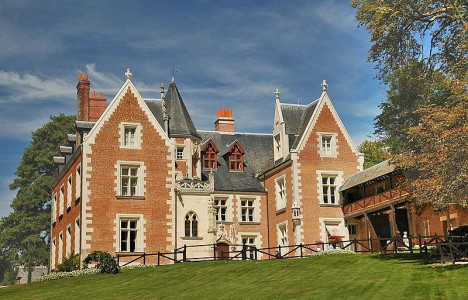 The Clos-Luce, open to the public

For more about da Vinci’s house in France:-