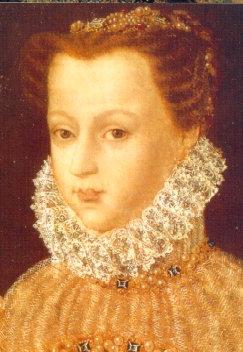 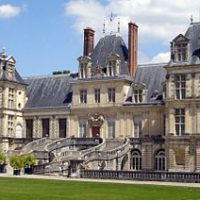 Born Caterina de’ Medici in Florence, to an Italian father and a French mother, both of whom died within weeks of her birth, Catherine of Medici grew to be arguably the most powerful woman in 16th Century Europe.  The Medici family were fantastically wealthy, essentially Florence bankers, but commoners.  Caterina’s French mother, however, was from an exceptionally powerful French noble family.  This combination of wealth and status made for a turbulent and often dangerous life for the young Caterina.

aged around 14.  A contemporary at this time described her as “small, pale and thin, with protruding eyes like those of her father”. 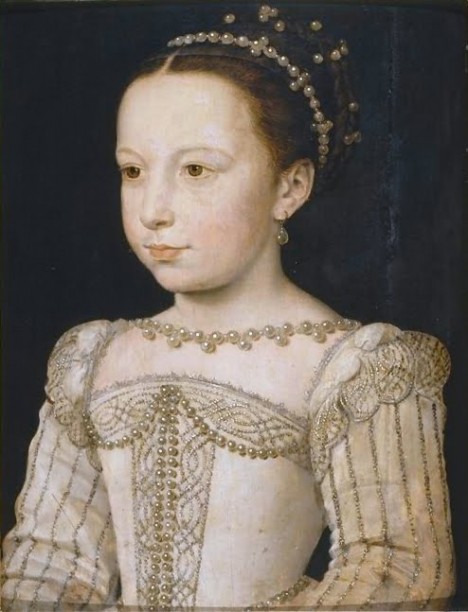 aged around 9 – note the pearls!

The Pope at that time, Leo II, wanted to promise Caterina to an Italian family in marriage, a rich and noble family of his choosing, in order to better secure his position and that of Italy within the power-struggling noble families of Europe.  Leo however died only a matter of months later and Caterina was then placed in a convent.  I have read that those were the happiest days of her life – and I expect they were, away from the drama and intrigues of Courts and betrothals and betrayals, and safe within the quiet walls of a nunnery.  By this time Caterina would have been about 6 years old, and she lived there for three years when the new Pope, Clement VII, had her housed in a palace close to the Vatican.

A marriage with the Prince of France, Henri, later to become Henri II, was arranged and the marriage took place in 1533 when both bride and groom were aged 14.  The French King, Francois I, and the Pope accompanied the young newlyweds to the bed chamber to ensure that the marriage was consummated – and both men claimed that it was. 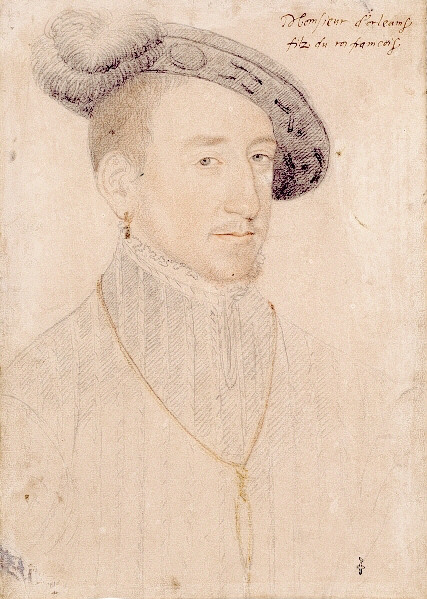 A young Henri, aged 18 or so.  He was a gloomy man, prone to depressions, quite possibly the result of being a prisoner in Spain during his youth

However, Catherine  (the spelling of her name changes once she is in France) did not become pregnant and the years drifted by.  Records show that  after they had been married almost nine years, one Docteur Fernel went to speak to the young royal couple about “matters of the genitalia”.  They were clearly getting something very basic all wrong because after the doctor’s talk with them, Francois and Catherine then proceeded to  have ten children in quick succession!  Despite this healthy issue, theirs was not a happy relationship, and Henri, a dour man, spent far more time with his mistresses, leaving Catherine entirely out of state affairs.  He died, however, while their first son, another Francois, was still a lad, and this flung Catherine in to a position of huge power as the guardian of the fifteen year-old king, and as regent.

Catherine was immensely clever.  She was quick-witted and multi-talented.  She spoke several languages and was organized, decisive and efficient.  More importantly she was determined, and it is arguable that none of her sons would have been king, and that the royal house of Valois in to which she had married, would have fizzled out as other parties jostled for the same positions of power.  Young Francois, always frail,  died and his brother, only 9 years old, Charles IX, came to the throne.  He was weepy and lost,  didn’t want to be king and clung on to his mum.  In turn, Catherine protected him and in no time had grasped the affairs of state utterly, and manipulated and manoeuvred her position and that of her children through the complex and daunting rigamaroles of politics and royal presence. 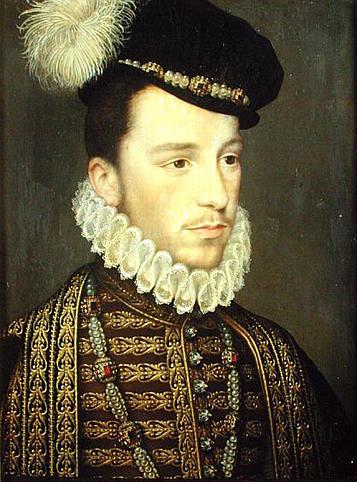 The young king Charles died only 2 years later, aged 11, and Catherine’s third son, Henri III came to the throne.  The grief-stricken Catherine was more-or-less the ruler of France, as she steered her sons through kinghood (does that word exist?), one after the other.  She was the original Power behind the Throne. Of her 10 off-spring 4 died as children and two died in their 20s.  These tragedies, along with her turbulent childhood, made for a hard, thin-lipped, unbending woman.  Letters written by her show a ruthless person with little time for niceties, decisive, and sometimes brutal.  France was fraught with civil and religious wars and Catherine was blamed for the St Bartholomew massacres in 1572 when thousands of Huguenots (Protestants) were murdered.  I haven’t had time to read through the whole thing but, glancing through the initial reports I’d say she ordered the initial murders and it got out of hand. 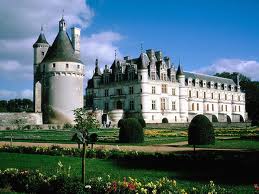 Chateau de Chenonceau, one of Catherine’s residences in the Loire Valley. If you are driving down to us at Rochebonne (seasidefrance.com) it is not a particularly big detour.

The new king Henri III referred to his mother, and sought her advice, in all matters right up to a week or two before she died. She was knowledgeable and shrewd as the Guise and Bourbon families of France fought, manipulated and murdered in attempts to secure the crown.  She died of pleurisy at the age of 69, blamed for murders that she may or may not have had a hand in.  Although much admired in her time, she was disliked by the time of her death and was buried without ceremony. Her son, Henri, was murdered by the Bourbons a few months later, bringing an end to the House of Valois for which Catherine had fought so hard.

Interested in France ? Book your holiday near La Rochelle!  Self-catering properties, to include a chateau. E-mail Sarah at [email protected] and/or visit our web site www.seasidefrance.com