French. The difficulties of language learning. 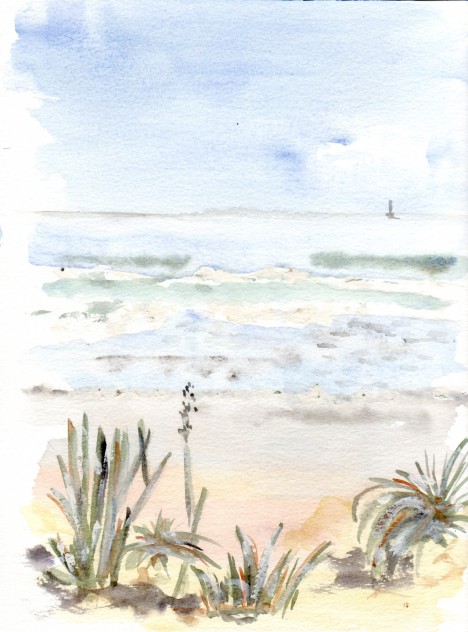 Bruce and I, several, years ago, went past a shop window here in France, in which a very smart shirt was on display.  We stepped in to the shop and the assistant, a young lady in her late twenties, instantly spotted – disaster! – foreigners!   At 6’4″ nobody mistakes Bruce for a Frenchman and, although by UK (and US, Aussie, whatever) standards, I am average height, by local French standards I am tall.  You could almost see her thinking ” I-don’t-speak-English-I-cannot-understand-what-shall-I do ?!!!!”

“Bonjour,” I said to her in my Good French with my Good Accent, “nous aimerions voir cettte chemise …” and I pointed.

The girl looked terrified.  Looking at Bruce and then back to me, she asked in very slow and careful French:

She shook her finger at me, ignoring what I said.  She pointed to the window, and still in her slow-and-oh-so-careful French she said:

She was a good example of somebody who just does not LISTEN to what the foreigner is saying.  They take it as a foregone conculsion that they will be unable to understand.  She had not twigged that I spoke good French and also, in view of her pointing out that Bruce is big and the shirt was small, seemed to think I was mentally challenged too.

A similar thing happened to a friend in La Rochelle – the same friend who learnt her phone number off my heart (see previous blog http://turquoisemoon.co.uk/blog/speaking-french-les-difficultes/).  She went in to a shop and asked for a baguette.  It was a bakery, and how many different ways are there of pronoucing baguette?  But the woman at the counter just could not understand.

But no.  The woman at the counter was completely unable to understand.  She was not listening and, is so often the way when it is something simple, was doubtless looking for something vastly more complicated.  The problem was not Denise’s accent, it was the other woman’s ear.

je n’en reviens pas – I can’t get over it

parler petit-negre – to baby-talk somebody

Catherine Broughton is a novelist, a poet and an artist.  Her books are available on Amazon and Kindle, or can be ordered from most leading book stores and libraries.  For more about Catherine Broughton, to include her entertaining blogs and sketches, go to http://turquoisemoon.co.uk