Dealing with a problem. 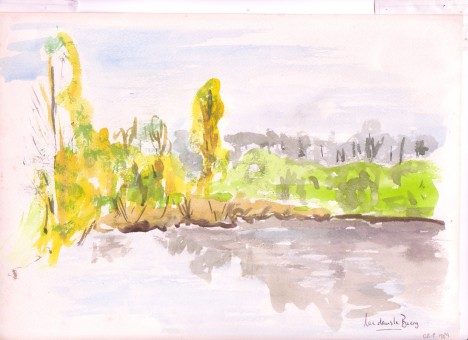 I have to confess that there is an element of me that loves to deal with a problem.  I am very good at it – as long as it is a problem I can deal with !  And if I cannot deal with it, I usually find a way to do so.  I don’t know where or how I came up with my motto “there is always a solution – it is just a question of finding it”, but it is something I taught my children and something that has stood us all in good stead over the years.  I should perhaps add here that I am a professional woman who has Lived Life and encountered some dreadful problems (and huge quantities of joys) over the years. So take heed!

– first, ask yourself if this problem is something that will still be a problem for you tomorrow ?  Next week ?  Next year ?  That helps you get the proportions right

– write down whatever it is that is on your mind – dump what is in your head on to a piece of paper.  It is odd how things always seem worse in the middle of the night, so keep a little torch, pen and paper by the bed.  That way you can quickly scribble down a few notes; this helps you relax and go back to sleep – and you’d be amazed how in the morning half of what you have jotted down seems unimportant.  The things that remain important can be dealt with in daylight hours

– remain positive.  Even things that are seemingly impossible to deal with have a way of turning out okay in the end

– find the advantage to it.  Often when something has gone horribly wrong it turns out to be a good thing.  Either you learn from it, and that makes you more able to deal with other things in the future, or there is an element of the day that in fact turns out for the better in the most unexpected way

– never allow the problem to bludgeon you.  You are better than that, stronger than that.  Think of the problem as a creature of some kind that you want out of your life – and deal with it

– without being a winge, talk to other people about your problem.  They may well have a good idea, even if they haven’t got the solution.

– be imaginative !  Think sideways.  Think backwards.  Think out of your box.

Terrible tragedies aside, most problems can be solved.  Let me give you a quick example of a seemingly insurmountable prolem I had four years ago.

I broke down in our Chrysler Grand Voyageur on the ring-road around La Rochelle one hot day.  The car had done umpteen zillion miles and was ten years old. The traffic thundered past at terrifying speed and it was actually quite frightening waiting for the rescue lorry.  When it did turn up, and my car was hoisted up, the driver for some reason best known to himself judged it a good idea to put his hand on my thigh.  So, by the time my car and I were delivered to the Chrysler garage I was flustered, very hot, stressy and cross.   I tell you that because it is the only excuse I can find for my foolish behaviour.

“I need a new car,” I told the garage wallah.  I glanced around and my eyes alighted on a Cherokee that looked about the right colour. “I’ll have that one,” I said.  I kicked a tyre and it seemed to be fine.

The man was delighted.  “We can offer a very good finance deal,” he told me (but in French, bien entendu) and he proceeded to explain and it was indeed a good deal.  I signed where he told me to sign and left a cheque de caution of 4000 Euros.

The following day the garage phoned to tell me that the finance had been refused because I am a foreigner with no income in France.  Fair enough.  Doesn’t matter I told the man, I think I’ll just get the Chrysler repaired anyway.  Ah no, he replied.  No can do.  You signed documents that you are buying the car and buy the car you will !  Furthermore, he said, I am going to cash your cheque to make sure you do!

Gulp.  Big gulp.  What had I done ?  I stopped the cheque immediately, which is a criminal offence in France.  However, I knew that a cheque de caution is not supposed to be cashed.  Les arrhes is what they can cash.  So I took my chances.  The worst that would happen would be that I would have to appear in court and get my hand smacked.  That’s okay, I don’t mind my hand being smacked.  Also, at least a year would go by before Court, and a lot can happen in a year.  That solved the 4000 Euros problem, if only for now.  Months went by.

I told my friend Henri all about it.  He and I and the dastardly garage man all met with a Justice of the Peace (Concilliateur de Justice) in La Rochelle, who told me that I had absolutely no choice.  I had signed that I would buy the car, and buy it I had to.  It was 26 000 Euros.  No way.  My friend Nicky came to stay.  She looked on the internet and downloaded a photo of the car in question.  The car was still for sale, so that was slightly to my advantage … he should not have it for sale if I am supposedly buying it.  Nicky and Henri and I poured over the downloaded photo and poured over the contract ….. mais regardez ! exclaimed Henri all of a sudden.  The number plate on the car in question was (for example) 123ABD and the number on the contract was 122ABC !

I went scurrying off to the solicitor and he told me that oui, en effet, it rendered the contract nul and void.  Problem solved.

(The stopped cheque ?  Oh, nothing.  Nothing happened at all. ) The important point here is that, although the whole thing was stressy and it dragged on and on for months, I remained positive about it.  There was a solution, I knew it.  I just had to find it.