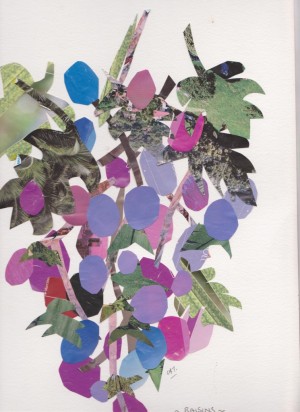 On a swelteringly hot August day Bruce and I, accompanied by George, our Great Dane, left the cool refuge of our campsite under the tall seaside pines, and made our way to a wine festival at Lesparre.

We have been in France nearly nine years, we said, and we still don’t know anything about wine except that we like to drink it.

Lesparre is a fairly uninteresting little town situated in the central Medoc, north of Bordeaux. The countryside in generally flat and uneventful and there are no architectural features of any note. For many hundreds of years this area was accessible only for those travelling north out of Bordeaux, or by boat from Blaye, for the east of the Medoc is separated from the rest of France by the Gironde estuary and is cut off at its northernmost tip near the Pointe de Grave at Royan. To the west lies the Atlantic Ocean.

In the sixties a ferry service was installed from Blaye, and another from the Pointe de Grave started soon afterwards. This opened the area up and it is now a successful and accessible tourist location, boasting mile upon mile of golden beaches and some of Europe’s biggest dunes.

The elite holiday resort of Cap Ferret lies at the southernmost tip, and the coast meanders up through sweet-smelling pine forests, dotted with naturist beaches, fanned by the Atlantic and drenched in an unbroken sun.

The Medoc is essentially a plain which extends some 80kms (50 miles), yet despite its isolated position it has for centuries produced some of the best Bordeaux red wines. The grapes are grown especially along a strip of gravelly soil and the most famous wines are the Chateau Latour, the Chateau Mouton-Rothschild, also Chateau Lafitte and Chateau Margaux.

The word “chateau” has nothing to do with the building, for it can often be a simple farmhouse or even an ugly warehouse, with no resemblance at all to our romantic idea of a chateau. It is frequently an old monastery, or on the site of an old monastery or similar. This is because in medieval days monks tended the vines due to the need for wine during mass. It was not until fairly recently, during the early 1700s when bottles and corks started to be used, that wine could be kept for long periods. And with the keeping of it evolved the connoisseur.

The heat was such that we walked on the shady side of the street. George hung his head, uncomfortable in his black coat, and lolloped along beside us. There was almost nobody about and the grey stone buildings sweltered under the blasting light. A few rows of limp flags hung across the streets and a dozen or so signs indicating that there was a wine festival on stood propped at the side of the pavement. Even the usually essential (and undeniably dreadful) voice on the loudspeaker was missing…it was so hot that this crucial aspect of French festivity had gone off for a doze.

The stands lined either side of the little Place du Marche, the wine growers talking quietly among themselves, a couple of dogs stretching in the shade, Lesparre church standing imposingly at the far end. A handful of hot spectators commented on the size of George and asked if it was okay to touch him; a few tasted the wine.

The first stand was the Chateau Hourbanon which boasted thirteen hectares of prime vine country just south of the town. The grapes, the sign told us, are carefully picked, still done by hand during the vendange, from fine old plants and then transformed into wine in the good old way in oak caskets in dark cellars.

“It’s too hot,” said the young Hughes Delayet, owner of the Chateau Hourbanon, “nobody wants to taste wine. Everybody is on the beach.”

Well, we want to taste some, we told him.

Hughes poured out a couple of glasses.

“This is a Chateau Hourbanon ’95,” he told us, “which was a very good year. The climate was excellent, plenty of sun and adequate rain. A ’95 wine will be at it’s best in five years’ time, though it is also very good to drink now.”

Indeed it was.
He then poured another.

“This one is a ’93,” he explained, “and you will see the difference. It is a good wine but it will not keep more than a year or two and it is best drunk now.”

Hughes threw up his hands in horror.

“Madame!” he exclaimed, “in this business we never say a bad year! We say a small year- une petite annee.”

I stood corrected and sipped the wine. Following his example we swilled the wine round the glass, grasping the glass by the stem as he did. We had learnt that holding the glass by the bowl is the first sign of a person who knows nothing about wine, for the heat from ones fingers can alter the delicate balance in the temperature of the liquid. Holding his glass up to the light Hughes explained about the robe as the wine swept round the sides of the glass. True enough, the ’95 wine left a hue of deep scarlet and the ’93 did not.

We did not seem to be expected to spit the wine out though we noticed to our consternation that a couple of others were doing so at a nearby stand. With a little “ttch” sound the spit landed neatly into a large copper bowl.

“Are you going to be all right?” Bruce whispered to me, “this heat and this wine-?”

“I’ll cope,” I replied, ready to taste a drop more.

“How does the Medoc wine compare to the Californian,” I asked, “or Australian?”

“Those are good wines,” replied Hughes earnestly, though we all know that no true Frenchman ever thinks that anything other than French wine (or French food for that matter) is any good. “They are designed, however, to correspond with the tastes of the clients, which will vary from country to country and also as fashion dictates. The Medoc is less technical; it has a quality which it keeps at all costs regardless of fashion or of the country to which it is being sent.”

I listened with interest. He explained the growing process and I was surprised to learn that vines are often forty or fifty years old, and can last up to eighty years or more. The quality of the wine improves each year as the vine grows older. Although the manufacture of each individual wine may vary slightly it follows a fairly standard pattern: the grapes are crushed and this produces “grape must” which then ferments in vats usually with additives to prevent the wrong kind of yeast growing. The temperature has to be carefully controlled, which is why wine is usually in cellars where the temperature remains constantly cool. Fermentation takes some time with the “free-run” wine drawn off during the process and before it is “racked” which is when it is separated from the yeast sediment. It is stored on its side to keep the cork moist and must be protected from light, vibrations and extremes in temperature.

“How about extremes in temperature if the grapes are still on the plant?” I asked.

Hughes explained that a bad frost can ruin a crop for many years. Conversely an excessively hot summer will only improve things providing the plants have enough water. In the old days straw used to be stacked up around the plants to keep the frost off, and some vineyards would even light small fires at odd intervals to keep the plants from freezing.

“I can remember as a small child hearing the alarm bell ringing in the night to warn the chateau that there was a frost,” Hughes told us.

One last thing fascinated me.

“Why do we often see rose bushes in with the vines?” I asked.

“In the days of the Crusades,” he told me, “a man returned from the Holy Land to find his wife in bed with his best friend. The man was so angry that he killed both his wife and his friend and threw their bodies out of the window into the vineyard below. In the morning the bodies had gone but two rose bushes grew there instead. That is why we plant roses.”
“And the real reason?” I asked, smiling at his quaint story.

“It is because rose bushes and vines suffer from the same diseases but the rose manifests the disease much sooner. This way we can tell when a vine is likely to need treatment.”

“Would your dog like some water?” asked Hughes suddenly.

“Well, yes, thanks – you would wouldn’t you George?”

“George? An excellent name! It was my father’s name.”

“Oh no,” said the owner of the Chateau Hourbanon, “he was a dentist.”