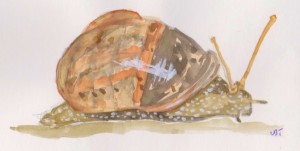 A questionaire went round the expat club I belong to, asking us to comment on the things we like and dislike about living in France.  It was interesting – and amusing – how we all said almost the same thing.

– the French greet each other in the street, or anywhere, with a quick “bonjour”, and that is nice

– a bit of a generalization, but children on the whole seem to be more polite and respectful

–  Nothing can beat our wonderful NHS, but the French system is nonetheless very good, though expensive. (the French national health system only covers 75% of medical expenses and you buy a top up for the rest, though this depends on your circumstances)

– the road and all public areas are generally well-kept, clean and in order

– in the area we know, the roundabouts have wonderful displays on them (mark you some roundabouts beggar belief with odd figures of 8 to go round and peculiar little circles right on junctions …)

– nowadays there is a big variety of everything in the shops

– the climate is better – not so much better that it is worth moving country over, but better

– once you know how to use it, they have a very good back-up/advice system for businesses, tenancies, tax advice and so on

– efficiency: motorways, hospitals, dustmen, and so on – mark you, they pay a lot more.

– asked if we like the food the answer was an overwhelming “not necessarily/not always/depends”, though nobody said they dislike it

– the red tape. There seem to be rules and regulations for anything and everything and it is often difficult to get things done.  I would most strongly advise anybody against trying to set up their own business in France, unless it is something simple like gites

– shops and offices being eternally (or so it seems!) closed

– Bars. Compare a French bar to an English pub – well, there is no comparison.  There is almost nothing in the way of tea-rooms either

– there is almost nothing in the way of quality second-hand or charity shops. The few there are stock jumble-sale stuff

– the language is so difficult (I don’t agree with this one for it is a question of knack, like drawing, or Maths or singing)

– there are no quality in-between shops like Marks or Boots.  Things are either cheap and nasty or very expensive

– an overwhelming majority said that the French are rude, especially in supermarkets.  Stunningly rude and unhelpful actually.  In my experience that really only applies to supermarkets, but they are improving in leaps and bounds

I wonder if anybody out there has done a similar questionaire for a different country ?  It would also be interesting to see a similar things from French expats living in the UK.