We should not give aid to Africa. 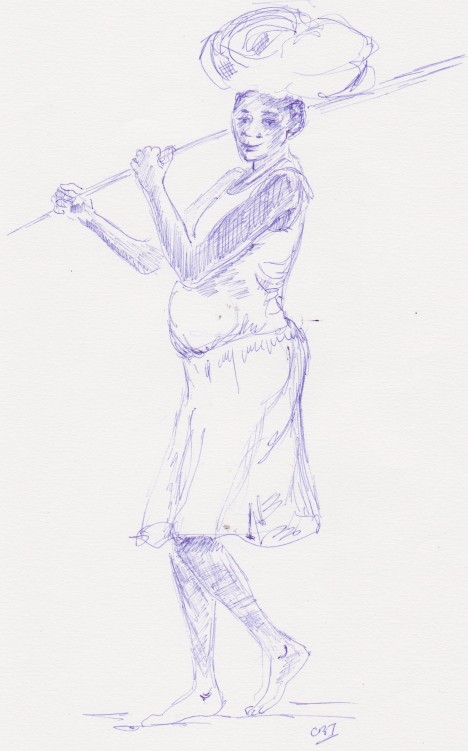 We should not give aid to African countries.

On a flight from Cape Town to the Kruger earlier this month I came across an article strongly questioning – indeed condemning – the provision of aid to Africa.   It is something I have said for many years: until African governments are forced to do something for their people, they will simply carry on expecting aid.  Stupidly, and with the best intentions, we have provided Africa with crutches on which they now depend.

Indeed, in Namibia a few years ago, a local man told me precisely that:

“African countries will never do anything for themselves while they know you people are doing it for them”.

And Namibia, among pathetically few others, is a fine example of how African countries can turn it around, for many would agree that it is a first- and no longer a third-world country.

The gist of the article I read on the ‘plane went like this:-

The highest concentration of people going hungry is in Africa; yet one third of the world’s untilled arable land is in Africa.

This tells us three things:

Aid is always coming and they know it

This failure is largely – if not totally – because Africa had become dependent on foreign aid. African governments do not have the incentive to do anything about their starving populations because they know aid is coming.

Do you remember Bob Geldof ?  The fantastic job he tried to do ?  When was that – in the 80s?  And what has changed ?  Nothing.  In the past 50 years Africa has received $ 1 trillion – yes, $ 1 trillion – in aid.  Our intentions have been good but useless.  The problems are still there, they are still starving and dying of disease, they still have little in the way of education.

Even worse, all this aid has resulted in in-fighting as various factions battle for access to the money.  It has caused civil unrest and political clashes which, as we know, are often horribly violent.  Did you know that in the last 10-20 years Africa has had more civil wars than the rest of the world put together ?

Most African governments simply drop their responsibility towards their own people.  This has a double-edged effect: the people, because they do not vote their governments in or out based on what they do for the people (as we do) can have no voice in their outcry for help. Likewise, because the governments do not depend on their people for their votes, they do nothing.

Both parties, ie the people and the government, simply depend on aid provided by the likes of us.

The international community has come to regard aid to Africa as a recurring and never-ending emergency.  This is wrong.  It is not a crisis where constant food and medicine supplies are needed.  It is a crisis where a total turn-around in our attitudes, and especially in the attitudes and the politics of those in charge in those countries, is needed.

Think about the zillions we have sent over.  Had we spent that money shaming the African governments in to helping their own kind, stamping out corruption (Africa is terribly corrupt, worse that South America), educating the very governments in to their responsibilities in governing, helping them up and out of apathy and deceit, and coming to some kind of agreement on a temporary level about the aid we provide ….  well, over the past 50 years I do believe a lot would have changed. So isn’t it time for a change in tactics?

Emergency aid should be available, as we saw in Haiti, for disasters for a certain length of time.  After that the country MUST learn to look after their own.  They MUST. In order to arrest the long-term suffering, we MUST take this stand.

Click here to see other blogs/sketches on South Africa