We restored a huge old house in France. Part 5. 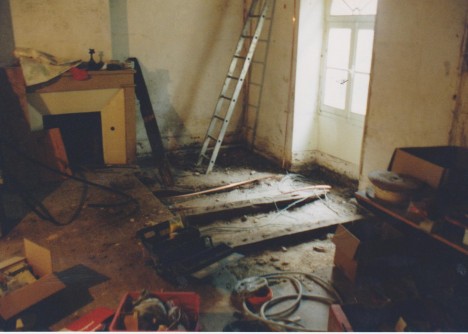 We’ve got people coming for dinner tonight so I haven’t got time to write anything much.  I have, however, dug out a few “before” photos of the front facade and the living room.   The cover photo shows the living room as work started. 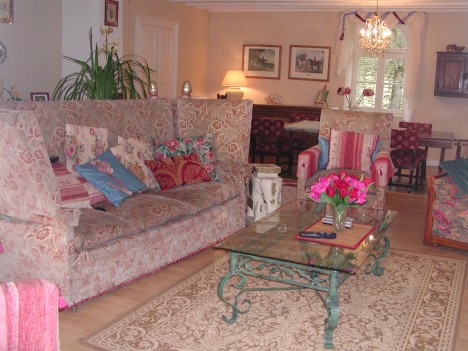 Things chop and change of course, and things also get improved a little more each year.  Here is the front facade of the house when we bought it.  My husband treated the stone work, which was dark grey with dirt and age, with industrial bleach.  It burns !   It really burns and he had to wear rubber gloves and long sleeves despite the heat. 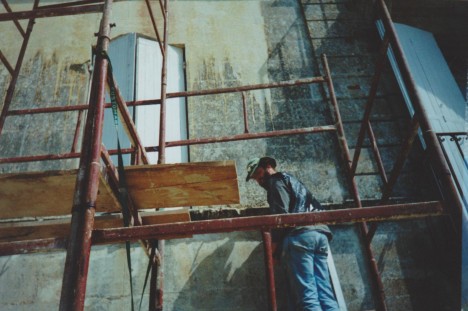 I can’t remember how long it took him to work his way around the entire outside of the house, moving the scaffolding as he went.  Perhaps a month ?  You can see the dribbles of bleach at the top of the photo.  It was a grey and dreary old building. I don’t know what possessed us to buy it actually! 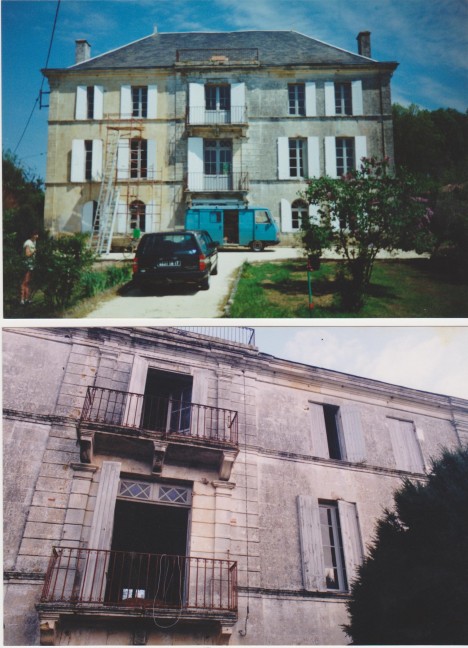 This is what the front facade is like now, though on the western side it needs re-bleaching in a few places:- 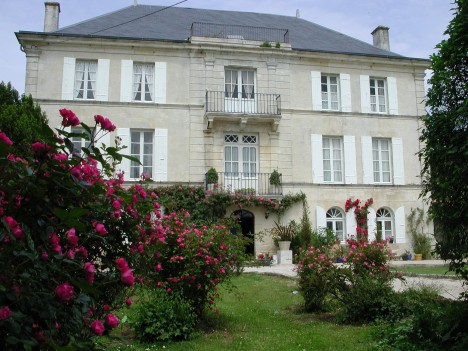 Just those shutters took an eternity.  We removed the shutters from the two balcony windows because they were so broken, it really wasn’t worth repairing them.  After the first year of letting the property to holiday-makers, some four or five years later, we fixed the shutters permanently in the open position because guests would leave them banging around in the wind and then they’d have to be repaired all over again.

That’s all I’ve got time for today!  See you tomorrow.