One of my favourite things – Alexander the Great. 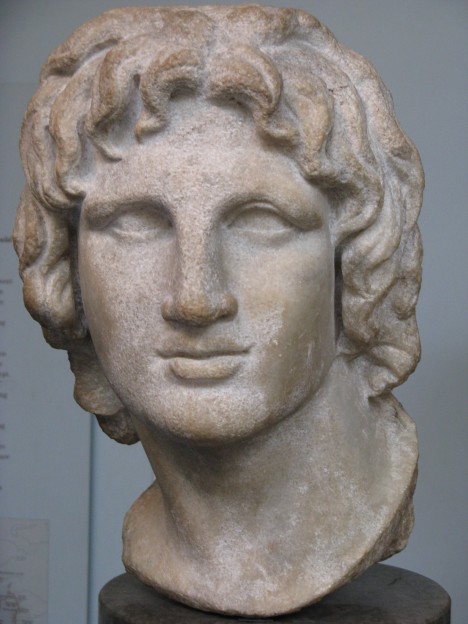 One of my favourite subjects – Alexander the Great – potted !

There is a lot of myth and mystery surrounding Alexander the Great, which is perhaps what makes him so interesting.  Among other things he was said to have been fathered by a god, a reputation that grew as his power grew.

was the son of King Phillip of Macedon.  He was born in 356 BC and died aged 33 in 323 BC.  He came to the throne when he was only twenty and by the time he died he had created the biggest empire of the ancient world, stretching from the Ionian Sea to the Himalayas.  He was a great commander, never defeated in battle, and his clever battle tactics are still taught at military academies to this day, almost two and a half thousand years later. He conquered all of Persia and, at the time of his death, had plans to conquer all of India and Arabia.

Alexander was tutored by Aristotle, and it is from Aristotle’s writings that we know what we do know about him.  Although some historians have stated that he was probably homosexual, there is no evidence for it and Aristotle denies it completely.  The story has evolved because of Alexander’s great friendship with his lifelong friend Hephastion over whose death in battle Alexander grieved uncontrollably.

Alexander had at least two wives, one of whom was Roxanne, technically a slave after the defeat of Persia, but in fact the daughter of a nobleman.  His son, Alexander IV was also the son of Roxanne, born after Alexander’s death.

Just as there is mystery surrounding Alexander’s birth, so there is similar mystery surrounding how he died.  For a long time it was thought he was poisoned – his own father had been assassinated – and this was an age where those vying for power had no qualms with murder.  However it is equally likely that he died of typhoid or any number of other diseases.

Roxanne’s son Alexander succeeded to the throne while still a child.  Both he and Roxanne were murdered shortly afterwards.