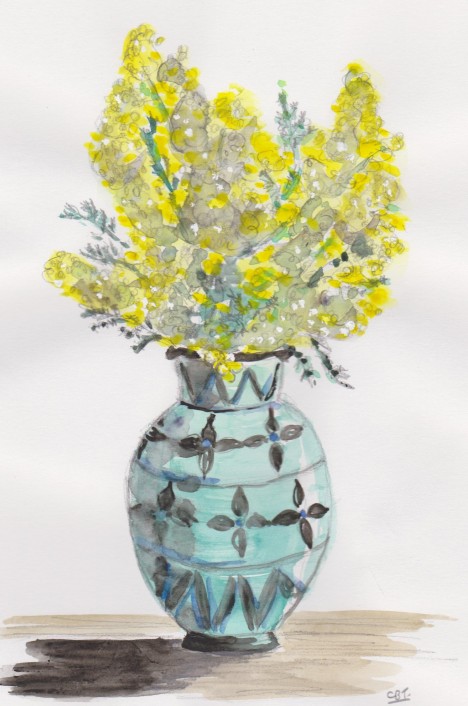 Every year at some point in February or perhaps March (depending on the weather) the two islands off the coast here, the Ile de Re and the Ile d’Oleron, have a Mimosa festival.  The French word is the same – mimosa.  Say it with a French accent ! The plant is so abundant on these islands that, despite the harsh winter of 2012, when we lost all our own mimosa trees, the festival has been a great success yet again.  It represents (hopefully!) the end of the worst of the winter and the first signs of spring.

It is one of my favourite flowers – I suppose because I had a huge mimosa tree in my garden when I lived in Spain.  It has quite a strong and distinctive smell and, once cut and put in a vase, tends to not last long.  What looks like one little puff-flower is actually lots and lots of tiny flowers clustered together.

There are over 400 different species of the plant, and it is closely related to the acacia – indeed, the leaves are very similar.  The word mimosa is derived from the ancient Greek word to mimic, because of this resemblace to the acacia.  It orignated, however, in Central and South America. though can now be found readily abundant in most warmer climes.  In Hawaii, for example, it is so prolific that it is considered a weed.

This bunch was given to me by my friend Marguerite the other day.