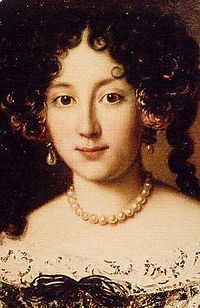 The nearby walled village of Brouage was founded in 1555, on what was then the coast.  Its economy depended on salt and its access to the sea. The fortifications were built between 1630 and 1640 by Cardinal Richelieu as a Catholic bastion in order to fight against the neighbouring Protestant town of La Rochelle, not to mention the continuing presence of Protestant England. It was an active, buzzing little town, with a market and a busy harbour.  Gradually, however, the harbour silted up, and by the late 17th century the town was left stranded and useless as a port. It fell into ruin. 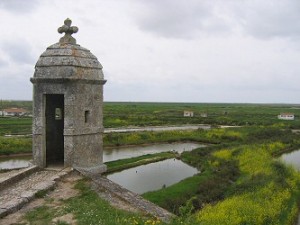 When I first saw it, around 1995, it was a smelly backwater with dull half-derelict buildings, cats and dustbins. The Atlantic wind had battered it for over 200 years, few people lived there and there was almost nothing of any interest.  It was a grey, gaunt, desolate place to go.   Sometime around 1998, the local authorities decided to open it up to tourism, at last recognising the importance of the town in history.  Old grey walls were repaired and cleaned, small commerce and restaurants installed, flowers planted. Today it is a very pretty, and most interesting museum-town with a population of around 1600, lots of little shops (built in to what were once stables), an interesting church, a museum, and several restaurants.

The town has two claims to fame. One is that it was from here that Samuel Champlain set off to found Quebec in 1608, and the second that it was for some years the home of Marie de Mancini, one-time lover of the French king Louis XIV, nicknamed The Sun King.

Marie de Mancini was Italian, born in Rome in 1639 and died in Pisa 1715.  She was brought to France as a young girl, and was introduced to the French Court by her influential uncle, a French-Italian cardinal close to the King Louis. 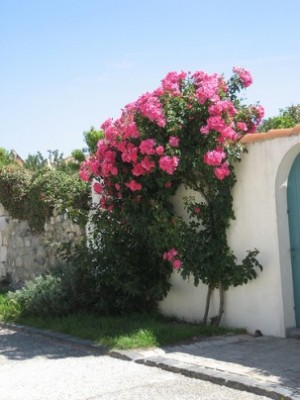 Marie and Louis fell in love and, to all intents and purposes, Marie was the first of many of Louis’ passionate love affairs. It seems Marie was also the only one Louis ever truly loved – though this may be the result of French romanticism.  Certainly, the King, barely a year older than Marie, was just at that tender age when love seems to be forever.

We do know that they hoped to marry because these plans were fiercely opposed by the King’s mother, who was the Queen of Austria, and Cardinal Mazarin, as well as the French Court in general.

Louis was instructed to ban Marie from Court, and for a while she lived in La Rochelle, and then moved to Brouage, which was the last place the unhappy lovers ever met.  Convinced that Louis would one day return for her, Marie waited several years in Brouage before finally marrying an Italian prince.  She had three children by him but abandoned both him and the children (ostensibly because he was violent) and returned to Italy, where she died. 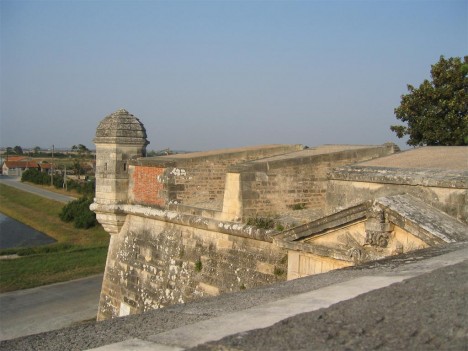 Interested in France ? Book your holiday near Brouage              www.seasidefrance.com