Join me in the rhino horn fight! 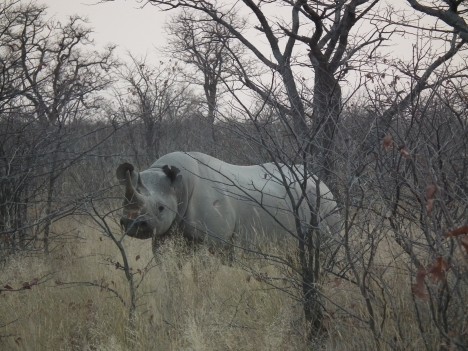 HORNS ARE REMOVED WITH A CHAIN SAW AND ANIMALS ARE LEFT TO BLEED TO DEATH.   In the case of females this often also involves the death of a calf, either born or unborn.

Demand in the far east for rhino horns, which are either used as ornaments or are ground down to a powder used for pseudo-medicinal purposes, means that more rhinos are being killed than ever before and the species is in serious decline.

What I find extraordinary is that the world is – apparently- improving its educational system everywhere, so theroetically the general public should be increasingly aware of the wrong in this.  Yet so many millions of people are still ignorant enough to be a party this crime.  The level of education and the standard of medical care in the far east is generally good, in some places very good indeed …. so how can they possibly condone the increasing slaughter of the rhino ?

– the rhino is now extinct in Vietnam, the last one having been killed in 2010

– there are only around 50 rhinos left in Java

– numbers of white rhino (South Africa) are in sharp decline

– numbers of killings are rising sharply with 588 killed in South Africa this year alone.  In 2010 412 were killed and in 2007 13 were killed.  Indeed, a white rhino “disappeared” while we were staying at the Mbongo Safari Camp this year

Rhino hunting is worth a lot of money.

OK, so what are the solutions ?  It is no good simply trying to “educate” people out of it, least of all when there may well be something in the medicinal side of things (I don’t think so myself, but these odd cures do exist and continue to surprise us).  Rhino hunting is worth a lot of money and there are very few people in the world who will give up a good income because of an animal.  The solutions lie in solving the following:-

These four issues need to be addressed in no uncertain terms with very severe penalties.  There should also be a worthwhile reward system for rangers who catch or spot poachers. 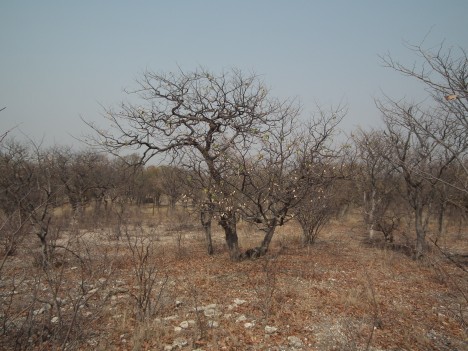 Furthermore the governments themselves need to swing in to action somewhat more energetically:-

– It is only this year that a South African minister has travelled to Vietnam, one of the main customers for rhino horn (having killed all their own rhino!) for talks and vetoes.

– South Africa has stock piles of rhino horn from rhinos who were legally culled, legally hunted by tourists (it beggars belief), or from poachers who got caught. To prevent more killings these stock piles need to be entered in to an agreement with places like Vietnam – they can be sold with a special permit from the Convention for Endangered Species

– if properly done by a vet, rhino horn can be removed without harming the animal, and the horn will grow back again. Indeed, in Namibia a few years ago we saw several horn-less rhinos, or rhinos with tiny “new” horns.  The disadvantage to this is that the rhino needs his horns for defence, but it seems to me that some agreement around this could be made

Meanwhile I am asking you – all of you – to join me in this fight.  Re-tweet this, share it on Facebook, Pinterest, Linkedin – whatever.  The voice of the public is a powerful tool !

Photos: 1) rhino getting cross with us, Etosha.  2) the dry and brittle landscape of Etosha.

Catherine Broughton is a novelist, a poet and an artist.  She is widely travelled and writes regularly for magazines and blog sites.  Her sketches are on her web site http://turquoisemoon.co.uk .  Her books are available from Amazon and on Kindle, or can be ordered from several leading book stores.  Click below for Catherine Broughton’s best seller, a novel set in Cyprus.