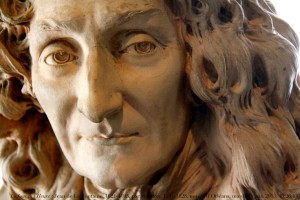 When I was a girl, attending a French school on the island of New Caledonia in the South Pacific (as one does) it was obligatory to learn some of the Fables de la Fontaine.  I can still recite some of them.

Jean de la Fontaine was the eldest of four children born in Chateau Thierry (being the name of a village and not of a Chateau) to a wealthy middle-class family in the Champagne area of France.   He grew to be one of the most respected poets and fabulists (writer of fables) in Europe.  The esteemed French writer Flaubert said that, before Victor Hugo, no other writer had mastered the nuances of the French language quite so well. 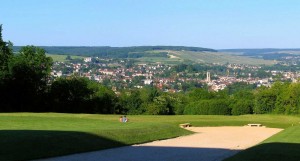 As was often the way with well-to-do young men of the time, Jean went to University to read law – though it is not clear if he actually qualified.  Before that he had tried the priesthood, but had lasted barely a month.

When he was in his mid-twenties he married a fourteen year-old girl by the name of Marie Hericart. They had one son.  Marie, although apparently intelligent and attractive, and certainly very wealthy, was of little interest to la Fontaine and they lived apart most of their lives – her in Chateau-Thierry and him in Paris.  The son was raised entirely by the mother.

La Fontaine was over thirty years old when he first started to dabble in writing.  He wrote hesitant bits of poetry addressed to influential people, including the king, ballads and short songs.  This was a time when entertainment was wholly dependent on singers, musicians, poets and playwrights, and la Fontaine’s work went round in manuscript form among the many high-ranking people he knew.  After a while the king’s Court paid La Fontaine to write verse. 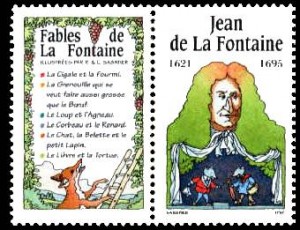 La Fontaine was careless with money and would have suffered considerable financial difficulties but for the patronage of wealthy and influential people at Court.  His Fables, for which he is famous, were occasionally censored.  They related not only moralities, written in verse style as if for children, but were also sometimes slightly risque parodies of well-known people.  He has been criticised for not being the genuine author of his Fables.  Indeed, many of them are largely copied stories from ancient Greece and similar, but his first book of Fables is entitled “Fables Choisies: mises en vers par M.de La Fontaine” – meaning: chosen fables: put in to verse by Mr.de La Fontaine.  He made no secret of it.

Poor health meant that in his last years he wrote little, though he did complete his last volume of Fables. He died surrounded by friends and enthusiasts in Paris, aged 73. 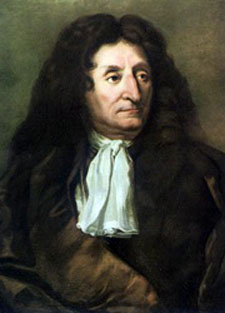 Catherine Broughton is the author of several books available on Amazon and most usual sources.