History in this part of France, part 11. Champlain. 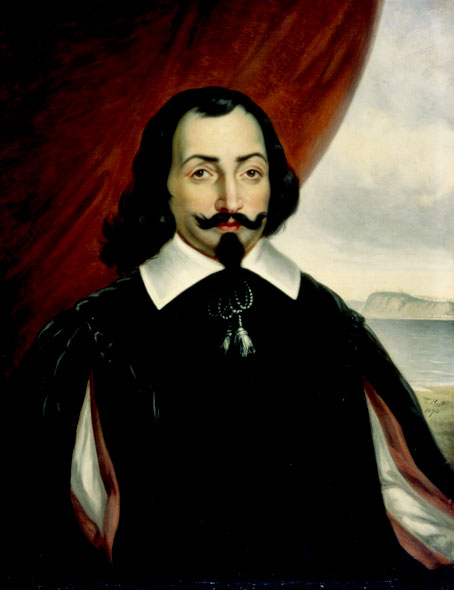 The little fortified town of nearby Brouage has a claim to fame from several angles.  One of its famous historical figures is Samuel de Champlain (1574 – 1635), the founder of Quebec and “Father of New France”. He was a navigator, a cartographer (he drew out the first accurate map of Canada), a politician, a mathematician and an explorer.

Still, the people of Brouage want him to have been born there, and that is fine.

It is well worth visiting Brouage, sometimes called Hiers-Brouage because it is “politically” attached to a small non-descript village called Hiers – not worth visiting, though it does boast a pretty church.  The road leading to Brouage is very English for, totally unlike French roads which tend to be straight, it wiggles this way and that and was almost certainly laid under the direction of English occupation in (or soon after) the days of Aquitaine.  The town is a fortification, of course, which also helps to explain the wiggly road: it was not possible to get there over the marshlands – which were vastly more watery than they are now – and a wiggly road is better from the point of view of spotting an enemy approach.

When we first came to France in 1989, Brouage was a wind-swept dump, stinking of cats and septic tanks, with rows of run-down little houses and bulky, hulky grey buildings.  In 1996 or so it was restored and is now a very pretty little place with some interesting museums and/or displays, several little shops and restaurants and ramparts running all the way around, ideal for walking and burning off all those calories that pile on as a result of simply being in France !

The town was also once home to Marie de Mancini, mistress to Louis XIV.