Getting mugged in Guatemala. 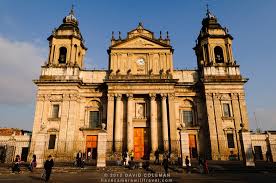 This was just typical !  Here I am, a great supporter of women’s strengths, female independence, and the right to be unafraid … and I go and get mugged and robbed.

I am the first to admit that it was my own fault.   I have travelled all over the world and I know perfectly well that one should never wear jewellery in these places.  It is best, if possible, to look poor.  But after the 10-hour trans-Atlantic flight, and a fitful night’s sleep, I can be excused for just getting dressed in the normal way that morning.

Well, not quite normal. In England I had left chilly weather and here in Guatemala City it was hot, so I donned totally different clothes, of course, but I slipped my usual earrings on, my usual rings and, around my neck was the usual gold chain.

My husband and I trotted down to breakfast where our son and his partner were waiting, and we set off to visit the city, to include the church.  Yes, I got mugged in a church. 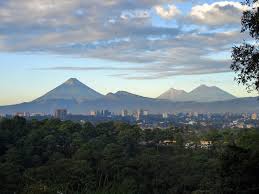 It is an odd thing.  You think that if ever it happened to you you’d react.  You think you will grab the assailant, or shout “stop thief!” and make an attempt at running after him.  But you don’t.  It happens so quickly, and so unexpectedly.

I am always interested in history and I wandered around in the darkened space, looking at the statues and the architecture.  Just ahead of me were my family.  Just two or three paces ahead.  I suddenly felt a burning sensation in both my ear lobes.  I raised a hand to one ear, thus displaying a sapphire-and-diamond ring, and realized my earring had gone.  Stupidly, as I became aware of a short, squat man immediately behind me, I thought my earring had dropped off and he was about to give it back to me.

My very first reaction, then, was to be ready to say “oh, muchas gracias senor!”

The man grabbed my hand, which I snatched back, and simultaneously grabbed my necklace. He shoved me back against a pillar and made another grab at my hand.

Within a few seconds he was gone.

I suppose I must have let out a cry of some sort because both my husband and son rushed over to me, and then out of the door after the man.  They were both stopped by a couple at the door who said the assailant may well have a knife or a gun, so to leave it.  And I was lucky.  I needed a small stitch in one ear lobe and the police were quick – having been warned they’d take hours. 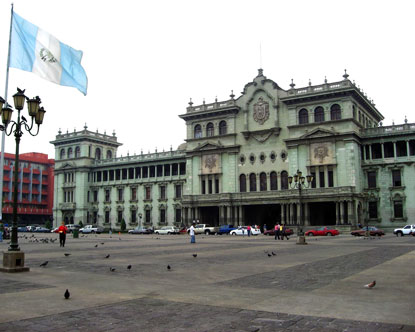 And, most importantly, it doesn’t really matter. The insurance will pay for the lost jewellery and I learnt a valuable lesson.   I just hope the Guatemalan man got good money for his booty and spent it on something sensible!

–          Of course, we all know to never ever wear that sort of thing in these places, not even in a church. I will never forget again.

–          Do not think you will be able to react because unless you are trained to do so you will, like me, just stand there aghast

–          I read somewhere that if you get raped it is best to let your attacker get on with it, for then you’re less likely to be hurt.  I’d say it’s the same when you get robbed and I’m glad the couple at the church door stopped my loved ones

–          If you have to carry a bag (a purse in American) carry one with a shoulder strap so that it cannot be snatched, and never open your wallet where the contents can be seen.  Be terribly careful with bank cards – mine got cloned in Mexico and then again in Amsterdam.  Again, god bless insurances!

–          Remain alert but do not allow it to spoil anything for you.  There is a difference between being sensible and being worried.  These thieves have no right to spoil things for us – regardless of what it is – and most of us have worked long and hard for our holidays, no matter how poor some are.

–          Be a powerful woman: we are above this; we will not be cowed by these incidents!  Look at the bright side – after all, it is good material for my next book!

Catherine Broughton is a novelist, a poet and an artist. Her books are available from Amazon/Kindle or can be ordered from most leading book stores and libraries.