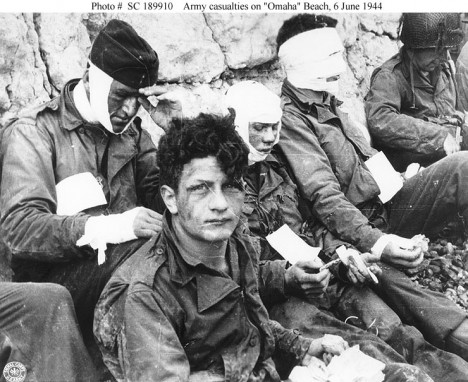 At the outbreak of World War Two, my father was a young doctor serving in the British army in North Africa. Along with wounded soldiers he looked after any of the local people who needed his attention. His post there came to a rapid end when he contracted TB and was shipped out to South Africa where it was assumed he would die.

He was in hospital there for three years and had one lung collapsed, leaving him to breathe with just the other lung. His progress was slow and steady, and towards the end of his recovery he was well enough to help out in the wards from time to time.

On one of the wards was a young navvy by the name of Grainger. He had been horribly wounded and was in dreadful pain. He was a big, burly man, his body thick with dark hair that has become intermingled with sweat, blood, burns and engine oil. There was nothing that could be done for him, and the role of the medics was to simply try to keep him as comfortable as possible before he died.

All of the nurses dreaded being on duty on Grainger’s ward. He screamed obscenities, mad with pain, angry with the world and terrified out of his mind. Other patients were kept awake at night, and the nurses put up with physical as well as mental abuse as they attempted to change his dressings and wash him.

One morning my father came on to the ward. The night nurse was just leaving. She had been crying.

“I can’t take it,” she told my father, “I really can’t. He smells dreadful, poor man. I know he is in pain, but the things he says are just so foul ….”

My father went over to Grainger and sat down at his side. Grainger immediately began his tirade about how useless a doctor is when my father raised his hand:

“Sshhh, Grainger,” he said gently. “Do you not think it is time for you to make peace with your Maker before it is too late ….?”

The big man fell silent. He allowed my father to take his hand and he whispered the only prayer he knew …

“Gentle Jesus, meek and mild, look upon this little child ….”

(The expression on the face of the boy in the photo breaks my heart – just a kid!)

Click below for one of Catherine Broughton’s books for kiddies:-