Every picture tells a story – on how to read Art. Part 3. 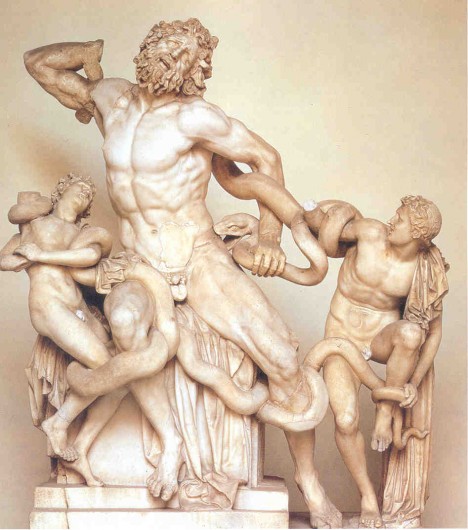 Every picture tells a story.  Part 3.

The Battle of Actium in 27 BC marks a turning point in history and in art.  The Roman Empire emerges under Ceasar Augustus. For over 300 years it was the dominant power in Europe and it left us an ever-lasting legacy.

The Romans copied the art of ancient Greece, and adopted most of the Greek gods – Heracles became Hercules and Aphrodite became Venus and so on.  Because so much of the art of ancient Greece perished it is, in some ways, a mercy that the Romans copied it.  And because the art was copied, so the explanation, or the “reading” of the art had to be copied too – otherwise it made no sense.

What makes Roman art different, however, is that they were also interested in facts.  They were keen to portray real people and real battle victories, as well as real landscapes – though these were not landscapes in the usual sense, but more a method of “opening-up” a room by making it look as though a wall was part of a garden, an illusion, with exquisite paintings (frescoes) of gardens and birds.  Unlike thousands of artists for hundreds of years to follow, the Romans liked still life paintings and portraits of ordinary people.  Pliny wrote that art could be found in barbers’ shops and bakers’ shops as well as in palaces.

This statue shows Lacaoon, a Trojan priest who was punished by the gods because he tried to warn the Greeks about the Trojan horse.  This is a Roman copy of an ancient Greek story, and it shows Lacaoon and his two sons being devoured by snakes.  The story would have been as familiar to Romans (and to the Greeks before them) as Winnie the Pooh is to us today.