Are parents the best people to deal with their teenagers? 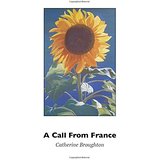 The best way to deal with teenagers is to get rid of them.

Years ago, when my now-taller-than-I-am babes were just little, a girl-friend sent her thirteen year-old daughter to boarding school.  They just didn’t get on, she explained, and it was the best solution.

I was horrified.  How dare this mother shirk her responsibilities and palm her child off elsewhere  because she couldn’t cope?!

As my little ones grew older, however, and the first signs of “lip” started to appear I declared unwaveringly that, if we could possibly afford it, ours would be packed off to boarding school at the first signs of nasty behaviour.  As it happened by the  time Debbie and Max reached teenagehood (Bernie is six years younger) we were living in France where boarding school is a fraction of the price.

Parents suffer, I have come to realize, from a kind of inverted vanity whereby they think – for no logical reason – that they are the best people to deal with their children and their children’s behavioural difficulties.  Parents go through a kind of self-inflicted martyrdom that really is quite unnecessary.  The Masai tribes of East Africa, where I spent several childhood years, to this day pack their adolescent boys off in to the bush and don’t allow them to return to the family circle till they are old enough to be married.  This eliminates all the fighting and the fractious elements

Debbie started boarding school at her own request when she was thirteen.  She loved it and remained a boarder till she left school at seventeen.  Daughters are in some ways more difficult than sons and it is without shame that I admit  to  experiencing a sensation of considerable relief when I dropped Debbie off every Monday morning.  Adversely, however, I was always thrilled to see her on a Friday evening.     Max became a boarder at the same  time, not because he was giving us any “lip” – quite the opposite – but as an experiment because Debs was already there.  He  hated boarding and regularly phoned me:

He tried it for just one term and, both his nerves and mine frayed beyond endurance, he came home as a day boy again.

Our children can sometimes be utterly dreadful.   It is astonishing to see one’s precious off-spring turn in a split second from an amiable budding adult to a red-faced and steaming pile of indignation.  Back goes the chair – SCRAPE!  Up goes the voice – SQUEAK!  Tears spring to the eyes – GLOB! – and the scene is invariably accompanied by cries of “it’s not fair!” or perhaps “why always me?!”

All three of our children seem to be consumed by rules of fairness and unfairness, and despite vast quantities, both physical and emotional, of Everything a Kid Could Wish For, are frequently telling us that one of us has been unfair over one thing or another.  Money is the main issue, of course, and edible goodies another.  At the other end of the spectrum loading and unloading the dishwasher (almost the only chore they ever do) is invariably “unfair”, and for some totally inexplicable reason putting away their bikes, tidying up their video games and putting play things away all fall in to the “unfair” category.  Most unfair of all, it seems, is walking the dog.

As we watch our teenagers grow tall and croaky, develop breasts and pubic hairs – and acne – there are vast quantities of acne in our household, it is difficult to remember what torture it was for us not so long ago.  One thing I have learnt as a parent is NEVER criticise your own parents till your children are old enough to criticise you!!

Having said that, our children are essentially polite and pleasant.  From the outset we put up with no rudeness whatsoever when they were little, so teenage rudeness has been considerably modified.  The total ill-manneredness of some teenagers is extraordinary – some don’t even realize they are being rude, supposedly because their parents don’t know they are being rude … or perhaps they go through a kind of madness like a menopause the wrong way round …It is a source of great wonder that the world survives it.   Debbie has been in and out of several Horrible Patches.  Max is always sweet with me but can whip up a foaming anger with his dad at the drop of a hat.  Bernie assures me he is going to be The Perfect Teenager.

Max has a friend, Jeremy,   who stays with us off and on all the  time.  Until recently I thought it was because his father had died and his mother was depressed but no, I have come to realize that I am Jeremy’s mother’s buffer.  Jeremy is always adorable with me but Max reports terrible screaming matches between Jeremy and his mother.  She’s not shirking her motherly duties – she is being sensible.  Get rid of him.

A few months ago some clients gave me an important bit of advice.  They said “try to think only about yourself”.

These clients had had four children of their own and now boasted thirteen grandchildren.  They nodded understandingly as I described the previous night’s antics as we tried to convince Max that having lights on his bike when cycling at night was A Good Idea.  The ensuing row as Max tried to persuade us that we had no idea what we were talking about left us both exhausted and me close to tears.    My clients told me to remember that it is always us, the parents, who have to soldier through the various teenage crises and that as parents we should try to home-in on ourselves and not let our off-spring ruin what would otherwise be a nice  time.

“You’ll be with your husband in ten, twenty, thirty years’  time,” they said, “and your children will have grown up and left you.  Sometimes they will come to visit you.  They will expect you to pay for things for them, even when they are quite grown-up.  It is essential that you, the parents, try to think of YOURSELVES and never let your children’s tantrums or demands interfere with you as a couple.”

Lord only knows there is no recipe.  If only there were!   I have come to the conclusion that it doesn’t matter what you or do not do, there are high chances of your children being utterly ghastly at one stage or another of their teen years, no matter how well you have brought them up.  All we, as parents, can try to do is educate them about good old-fashioned Right and Wrong and then hope that they carry that message through to adulthood.

Catherine Broughton recounts the raising of her children as an expat in France. Sometimes very funny, this story is heart-wrenching in places and a must-read for mothers. Available on Amazon as an e-book or a paperback: “A Call from France”.