… and you STILL think you can speak French ? Learning a language. 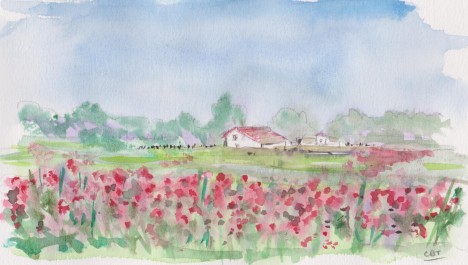 I so often tell people I am fluent, or near-as-damn-it fluent.  Or as fluent as you can get as a foreigner living in a non-French household.  Yet almost every day I learn a new word or a new expression.  Sometimes they are things I have indeed heard before but had forgotten about; quite often they are things I tend not to use because I trip over them and therefore have never learned to use them fluently.  But that happens in one’s own language too. We speak in English at home and watch TV in English, and 90% of our friends in France are English-speaking (by that I mean they are not just English, but Welsh, Australian, Irish, American etc., ie not French people who speak English).  The result of this is that I speak in English vastly more than I do in French.  Oddly enough, my best chum here is Mexican and we speak in what to others must sound like a terrifying mixture of Spanish, English and French … depending on what we are saying and who we are with.

I think almost all expat families throw local words in to what they are saying. Both my husband and I do this regularly.  I have only ever bought light-bulbs in France and so I always say “ampoules”  and my husband tends to always say je ne sais pas  rather than “I don’t know”.  That kind of thing. Lots of them.

And there are some words that, of course, are simply better in French.  Faire le point is one of them.  To make the point.  But in French is covers a wider range of things, whereas in English it touches on the aggressive.  Another one I like is il ne faut pas exagerer – one must not exaggerate.  But although in French it means don’t exaggerate, of course, it is also “don’t keep going on” or “don’t make such a fuss” or “don’t behave in such-&-such way”.

FYI and just as they pop in to my head (accents missing):-

fond de veau – the closest you’ll get to gravy

achever – to finish.  To acheive is reussir