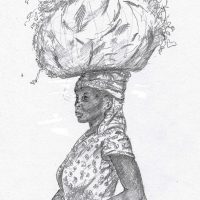 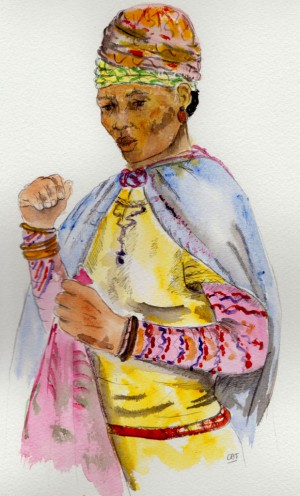 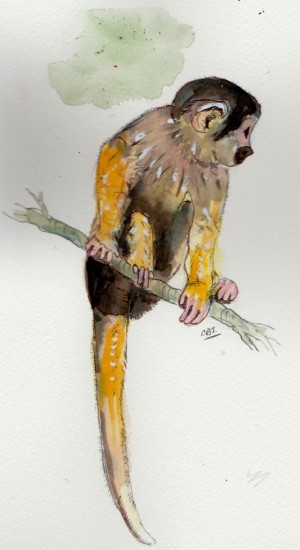 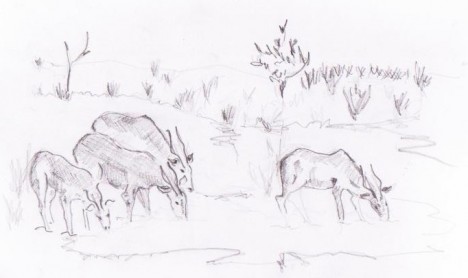 Boy, did those animals stand around ! I had no trouble drawing them for they would just stand there for ages and ages, slowly making their way to the water holes and back again.
It was the end of the dry season and everything was stunningly ugly. Dry, brittle, brown, black, dusty and so so hot. I suppose that was why the animals moved so slowly, conserving energy and keeping to the shade where possible.
When you stop at a water hole you have to switch the engine off and keep quiet. But with the engine off you rapidly get too hot because, of course, the air conditioning goes off too. Bruce took photos ad nauseum. I sketched ad nauseum. You’d be amazed how difficult it is to draw a lion.
Bruce got a boil on his bum while we were in Etosha. We went along to the village clinic. It was exactly like the sort of clinic where my father used to work, except in those days the sick were mostly lepers. Now there was a big sign which read “EXPECTANT MOTHERS: HIV mothers wait on the left”. A large-bosomed nurse appeared and whisked Bruce off in to some little side room and examined his bum. When he came out he carried a small pot in the palm of his hand. I opened it. The contents were black and lumpy.
“It’s ointment,” said the nurse briskly as she grabbed her next patient, “three times a day please. It works very well, though it is normally used on sheep.”