Witchcraft in Africa – article written my my father, doctor in Africa 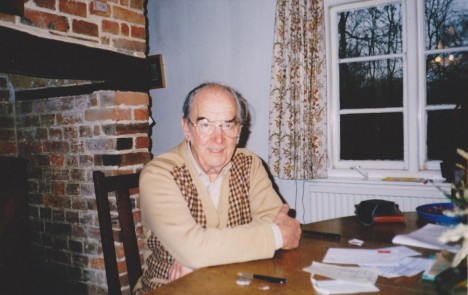 “For if any adversity, grief, sickness, loss of children, corn, cattle, or liberty happen unto them; by and by they exclaim upon witches. As if there were no God in Israel that ordereth all things according to his will…but that certain old women here on earth, called witches, must needs be the contrivers of all men’s calamities…Insomuch as a clap of thunder, or a gale or wind is no sooner heard, but either they run to bells, or cry out to burn the witches.”1

The above was written in 1584 by a man who had the quality, rare for those days, of having not only sufficient insight to distinguish between superstition and reason, but also the courage to speak his mind. This was at a time when expressing disbelief in witchcraft or criticism of the practice of “witch-hunting” might have led to getting oneself burned at the stake along with the so-called witches.
Anyone who has worked among people who are still in the process of evolving from the primitive – as was the case in mediaeval Europe – will realise that what Reginald Scot said in 1584 still exactly describes the attitude to disease or other calamity of such people at the present time. The interesting thing is that this belief is so universal. It is still current not only in Africa but in all other continents and among almost all races. Sometimes the emphasis is on witches, sometimes on ancestral spirits, sometimes on malevolent gods, sacred crocodiles, mountains, werewolves, leopard men, ghosts or fairies. Vestiges of this way of thinking have persisted in our own European culture. It was not so long ago that we believed that disease was a punishment for “sin”. The belief in good luck, charms, mascots or “the stars”, is similarly widespread among Europeans to this day. And how many of us, on being taken ill or meeting some other calamity, do not say “What have I done to deserve this?” To the African and the Melanesian – the two races best known to the writer – this is the automatic and obvious question when they meet bad luck of any sort, be it in health, courtship, trading, agriculture or gambling. Life is governed not by pre-determined laws of chemistry and physics, but by the relative influence of good fortune, or bad fortune, and both, they believe, can to some extent be influenced by their behaviour. Appropriate rituals, or sacrifice to the agency concerned, will bring good-luck, while neglect or offence will bring the opposite.
TO BE CONTINUED TOMORROW