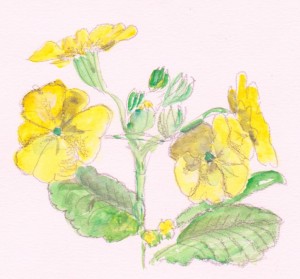 The reviews system evolved during the 1970s and 80s when hordes of British tourists flocked to the south of Spain for cheap package holidays.  Some of the deals were too good to be true – and that was precisely the problem: they were not true.  Families turned up with savings that had taken them all year, cheap though it was, to find that the hotel was still being built. There was no running water, or perhaps no electricity, or the sound of building work constantly thundering round the pool – which had no water in it.

THAT is why the review system was born. So that people could warn each other.  Unhappily it has got out of hand and people will write bad reviews almost willy-nilly about almost anything.  What very few review-writers realize is that their review can do serious damage.

And that is not fair.  Most business owners have worked very hard indeed to achieve what they have and it is unfair, rude and extremely unkind to write a bad review just for the hell of it. I repeat: a bad review should be only because you strongly feel that the general public should be warned.

Now, it does seem to be that it depends on what you are reviewing.  For example, if 100 people write a review on the same car, saying that the indicators don’t work, that is fine. The public needs to know and have a right to know.  Because of the mechanical nature of cars, washing machines and so on, writing a review because you didn’t like it has no value.

If you read a review about the fridge and it says “I don’t like this fridge at all, the shelves are not what I expected and the manufacturer should have put more thought in to the handle”, the manufacturer and the review-reader will simply ignore it because it is just silly.

But if you write that same thing about an hotel, ie “I didn’t like this hotel at all, the wardrobe arrangement was not what I expected and the managers should have put more thought in to the bathroom” … hey, that is a whole different thing.  You are, in a way, saying “do not go to this hotel”.

I had a bad review for my chateau rental, fourteen years ago.  That review has been there fourteen years and there is nothing I can do about it.  About 50% of what the writer wrote was simply untrue and the other 50% were put right 14 years ago.  To make it worse, because there were several adults in the party, another person wrote a bad review so it looks as though I have two bad reviews, whereas in fact it was the same lot.

In fact it hasn’t affected me because the property is packed out every year and many people come back over and again. But that is not the point: it was rude, wrong, unkind and potentially damaging.

Mercifully I have lots of good reviews for my books, and just one bad review.  That bad review … no, I can’t say it bugs me … but I wish I could speak to the author of it, an American by the name of Nell.  I would like to ask her what her aim was.  Did she feel she needed to warn the general public ?  That one book has never sold another copy in the US, though it sells well in the UK.  Thanks Nell.  That was your aim, perhaps ?

1)      Bear in mind, whether you are a review writer or a review reader, that most bad reviews are written in the heat of the moment, especially when it comes to holidays.  When people are all fired-up with anger or disappointment, they are far more likely to put pen to paper – or fingers to key-board.  Conversely, people who enjoyed whatever the product was, tend to just go away satisfied and don’t take the time to write a good review.    This means that there are usually far more bad reviews than good ones.

2)      It is not your place to vent your feelings and get your little moment of power at your laptop at the expense of somebody else.  You should never write a bad review just because you didn’t happen to like it – whatever it was.  A bad review should be uniquely to warn the public : there were rats running everywhere, the windows were dangerous, the restaurant smelt of septic tanks – really bad stuff that the public will want and need to know about.

3)      A review, good or bad, once written cannot be removed.  So after your visit it really doesn’t matter how hard the owner works to put things right – that review is still there.  That makes it really tough on the owner.  Consider writing a letter to the owner instead; I mean your aim, one assumes, is to point-out what you thought was wrong. Or is your aim to have a bit of vengeance at the computer ?  Think about it.

5)      It may interest you to know that in the UK a study was done about review-writers and the conclusions were so interesting.  A) Of the 500 reviews studied only 23 were genuine worthwhile complaints; the rest were just people being fussy and small-minded. B) The vast majority of bad review writers were overweight !!!  Isn’t that odd ?  C) eleven of the small businesses in the 500 reviews had great financial difficulty afterwards, some of them even having to close.  The overall opinion of the study was that, with some exceptions, bad review writers were also people who were generally anyway grouchy about life

6)      To write a bad review after the owner/manager has tried to put things right for you is unforgiveable, especially when they have gone out of their way.

7)      Examine the reason why you are writing the review.  Remember that just letting off steam in this way is permanent – it can do serious damage

9)      Remember what granny taught you: if you have nothing nice to say, say nothing !

10)   Last but not least, there now exist black lists for the use of owners of accommodation.  It is all very well you writing something unkind about somebody else and/or their business.  How do you feel when they write something unkind about you ?  I know a man who owns a small hotel in Cyprus, and in reception there is a big sign: if you write a bad review about me, be sure that I will write a bad review about you!  Somewhat childish to say the least, but I see where he is coming from. 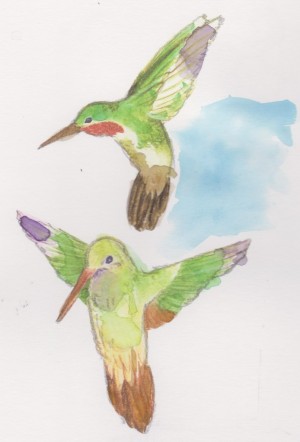 Catherine Broughton is an author and an artist. Order her books from Amazon, from your local library or via bookshops (using Barnes & Noble).