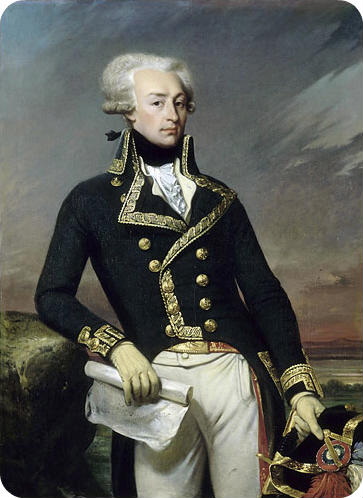 Gilbert de Motier, Marquis de La Fayette, who at the age of 21 sailed in l’Hermione to the Americas where he supported George Washington in the War of Independence against the British, 1780.

A near-perfect replica of the original frigate l’Hermione is open to the public in nearby Rochefort.  The huge project started in 1997 and was largely finished in 2010.  In 2013 the ship was floated, and has since sailed over to America and back.  The modern version has lighter sails (though still 16 000 sq.feet of them -the original had 24 000 sq feet) and, for safety and the overall comfort of the sailors, it also has an engine as well as the sails.  The re-creating of the famous ship was delayed time and again (as these things always are!) by safety regulations, practicalities and logistics (and it has to be said the French adore plenty or rules and regulations!) , but the new version is as close to the original as one can sensibly get. The advantage of the delays, however, was that it gave the general public a chance to look around and the outstanding success of this has brought in much needed funds. 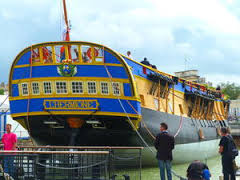 The original was built in virtually the same place in 1778.  Rochefort was the centre for naval construction for hundreds of years and the opening scene in Les Miserables, for those who have seen it, is almost certainly right there.  Convict labour was used as well as craftsmen.  It was one of four similar frigates, the others less famous and named La Courageuse, la Concorde and La Fee … which seems an odd name for a frigate, une fee being a fairy (acute accent on the first e).  L’hermione ran aground in 1793, having served barely thirteen years, off the coast of France in the Loire Atlantique.

The ship is still open to the public when it is in dock, but is often away. If you’d like to see it you need to Google it first.  It takes 2 hours to look around. While you are in Rochefort you can also see the nearby rope works (no good for small children), Pierre Loti’s house, a couple of naval museums and some good shops and restaurants. 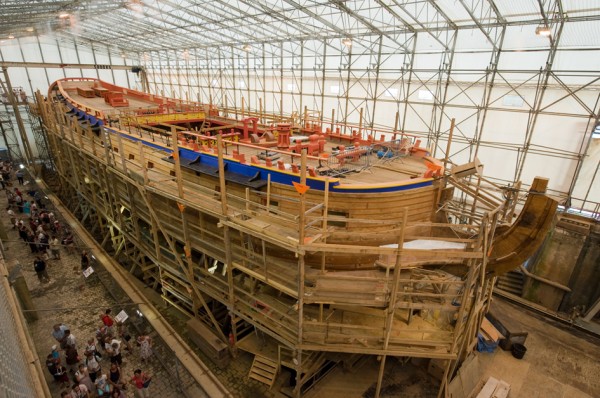 Interested in France ?  Book your holiday near Rochefort:    www.seasidefrance.com