The island of Oleron: nearby places to visit 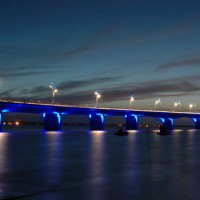 The bridge over to this island is just a few kilometres from our property (seasidefrance.com) and the more hardy cyclists among us may wish to do the trip by bike.  The bridge was completed just as we moved to that area in the 1990s, is free of charge (whereas there is a toll on the bridge to the island of Re), is almost 9500 feet long, and for a while was the longest bridge in France.

Once part of Aquitaine, this island was gifted to the English king Edward II in around 1306, by his father, Edward I.  The first Atlantic admiralty of “English France” was established here by Eleanor of Aquitaine.  The many years of English occupation left a legacy of surnames – Moore, Tanner, Smith being a few of them. 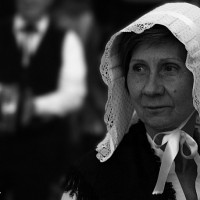 the traditional hat, the “quichenotte” is said to have been designed by mothers wanting to keep English soldiers off their daughters. They would shake their finger and say “kiss not” – mispronounced as quichenotte.  Whether this is true or not is a different matter altogether !

It is wonderful to cycle on the island for there are 175 kms of cycle track, most of them car-free.  You can hire bikes in many places, though in August you need to book the bikes – there is a place in the village. 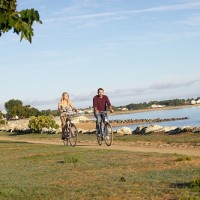 Mile upon mile of sandy beach, some good for surfing, horse riding and boat trips from Boyardville out past the famous fort and to the island of Aix (where Napoleon was imprisoned by the English) make this an ideal day out.  The village of La Cotiniere is worth a visit. Go to the beaches on the Atlantic side because the tidal estuary means that the mainland side can be muddy.  The Sunday morning market at le Chateau d’Oleron is one of the best around but to be avoided in August.  Infact, avoid Sundays on the island in August.

There is lots to see and do on Oleron, including a water park at St Pierre, horse riding, historical places to visit (have a look at the fortifications at le Chateau d’Oleron), plenty of delicious seafood (and other) restaurants.  Shopping, however, is mediocre.  There are supermarkets and other ordinary shops, but boutiques and interesting items for sale are only just starting to make headway. 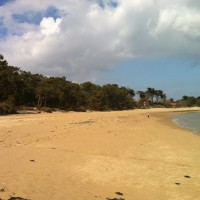 Be warned – on Saturday and Sunday evenings during the summer the queue to get off the island can be very long – seriously miles. Furthermore the French do not have the politesse routiere that the British have and nobody will let you in.  Well worth a visit though, especially if you enjoy surfing, cycling, the beach and/or history.

looking for a holiday in this area? Go to www.seasidefrance.com or e-mail [email protected]