The history of slavery in a nutshell

When talking about slavery so many people seem to think of the cross-Atlantic slave trade to the Americas in the 17th and 18h centuries.  We think of films like “Twelve Years a Slave” or “Gone with the Wind”.

But that is only a tiny fraction of the story. 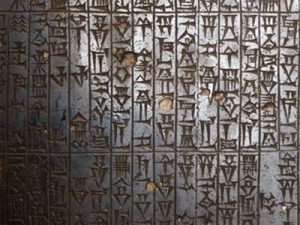 . This is the Code of Hammurabi, found in Babylonia, and dating to 1700 BC – almost 4000 years ago.  It states, among many other rules and regulations for the citizens, that anybody harbouring or helping an escaped slave will be put to death.  It is the earliest written record we have about slavery.

S0, slavery has always been with us. It was there when the first men took prisoners or punished wrong-doers, and it is with us today. The cross-Atlantic slave trade, although totally horrible, was as slaving had always been.  There is no defence at any level, but I will add that one cannot put the thinking of us in 2020 on to the shoulders of people in 1920, let alone 1820, 1720, 1620 … . This ancient bit of pottery dates back  thousands of years, and is from Mesopotamia. It shows three slaves, naked and barefoot, with some kind of attachment around their necks.  The two other figures are slave traders. They have Egyptian features whereas the slaves have west African features.

Slaves were taken in battle or in raids, all over the world.  From Russia to Italy, from Japan to Prussia, slaves were traded.  Many got rich on the back of it. Raids of villages were common place, the aim being to capture men, women and children to use and/or sell as slaves. Healthy slaves fetched a good price. They were not necessarily used to serve in wealthy households, but for all sorts of labour.  All those huge ancient buildings, all over the world, were built largely by slaves.  Over many thousands of years. Slaves were forced in to armies, to labour in fields, to be prostitutes – and almost anything else you can think of.  In their millions.  Seriously millions, for thousands of years. 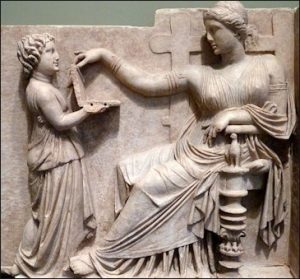 . Most slaves were treated as objects, and their value depended on their health and strength.  Some slaves were well treated and many lived far better than they had in whichever poor situation they had come from. This Roman relief from about 2000 years ago shows a slave girl serving her mistress.  The child is smiling and chubby, well dressed and confident. This mosaic, dating from around the same time, shows slaves being forced to fight for Roman entertainment. . Slaves were a commodity.  A merchant’s calling card or web page may have read something along the lines of : MERCHANT OF COTTON, BASKETS, SLAVES, HERBS AND IVORY.

The Roman Empire was huge, and slaves helped to build it. Before them, the Greek Empire reigned supreme. Before that, the Egypian empire. Slaves were everywhere; they were a regular sight in the streets and even a common item on your shopping list. 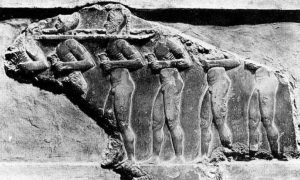 naked slaves being marched somewhere. Slaves in the ancient world were almost always naked, because you wouldn’t put clothes on your slave any more than you would a dog or a cow. The second slave in the row appears to be wearing a “pileus”, as worn in ancient Greece, so one assumes these men were captured in Greece. 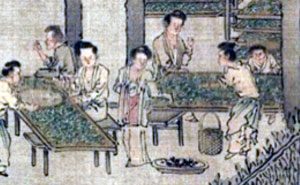 . Chinese slaves working in a fabric factory in China during the Tang dynasty (600-900 AD). 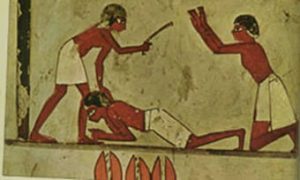 Ancient Egypt – 5000 years ago.  A slave is being beaten while another begs for mercy. In Egypt Nubian slaves were highly prized – the area around what is now Sudan and Somalia. 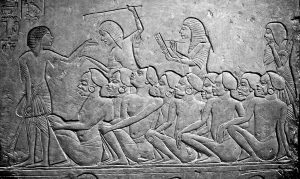 . Hungary circa 800 AD. When the Vikings raided our shores at around this time, they were after slaves. Men, women and children would be carted off in to slavery and sold to the best bidder.  The Vikings traded far and wide, even as far as the coast of north Africa. 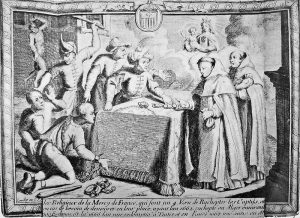 . This engraving shows Christian monks buying white slaves back from north African people, around 1200 or so. 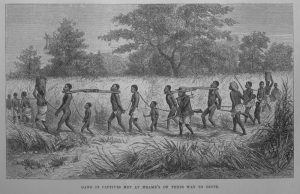 In the early 1800s David Livingstone recorded the horror of slaves being marched across Africa. Although many of these slaves were transported to the USA in horrific conditions, many more went to Cuba and South America, to Egypt, Turkey, Russia and India – and more.  Note the traders in this picture (with guns), are also black. 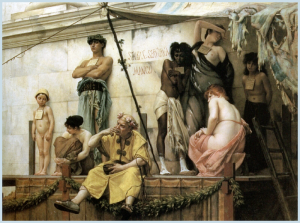 . Slave market. Although this painting was done by the French artist Boulanger in the 1800s, it depicts an era around the time of Christ. The Arab merchant, in yellow, sits and waits while people bid for his captives. The strong young man (Greek perhaps?) and the beautiful red-haired woman in pink will fetch a good price. .    This newspaper cutting shows two English soldiers watching in horror as white slaves are whipped along by their Turkish owner.

By 1800 a large percentage of Europeans could read. This in turn meant that more people were educated and had access to newspapers and leaflets. More people, therefore, became aware of the plight of fellow humans, regardless of their colour.  Till now, although the printing press had been invented over a hundred years earlier, reading had remained the privilege of the church and the rich.  Indeed, because of increasing literacy Europe rapidly began to overtake the rest of the world in commerce, politics, religion and overall education and awareness.  Roman typescript was easy to reproduce, whereas Arabic, Chinese, Indian etc. scripts were very difficult to reproduce.  Leaflets and small newspapers were produced in huge numbers. Word got about. The small voice of protesters began to take root. Writers like Harriet Beecher-Stowe in America wrote stories like “Uncle Tom’s Cabin” and the abhorrence of slavery rapidly grew. . Abraham Lincoln. Despite the popular belief that the American Civil War was about slavery – it wasn’t.  It was about trade. The southern states wanted to trade directly with Europe and not have to go via Washington.  They wanted to break away from the rest of America and be independent. The trade in the southern states depended on slaves, certainly, but it is ridiculous for Americans to claim that the war was to free slaves. Lincoln didn’t bring in the Slavery Act till the very end of the war and, more importantly, once they had won the war the north didn’t do anything about the people who had been “freed”.  The vast majority remained, as free men, on the plantations where they had always been. Any who had harboured a dream of starting a new life in the north were to be bitterly disappointed.

The first country to abolish slavery was, oddly, Haiti in 1804.  Ironically, today Haiti has more slaves (an estimated 230 000!) that anywhere else in the world apart from Mauritiana. Of course, in many areas, notably in Haiti, slaves tried to revolt, always unsuccessfully.

The first government prisons started in Europe and in America in the 1800s.  Although Romans had used prisons, and there had always been various forms of dungeons, goals and cages, convicted men and women were usually sentenced to slavery. Some of the first slaves in Barbados were white men who had been involved with Guy Fawkes (most were hung drawn and quartered). Some remained slaves to the end of their days, others were freed after they had served their sentences.

Slavery ended in two stages. First the abolition of slave trading.  By 1810 or so you could no longer buy and sell slaves in Europe and America, though you could keep the ones you’d already got.  The first to completely abolish slavery were the UK (1833 under William Wilberforce), the Netherlands, Sweden, France, Spain and Denmark.  America didn’t ban it till 1865.

But the slave trade, although illegal for almost 200 years, still goes on. 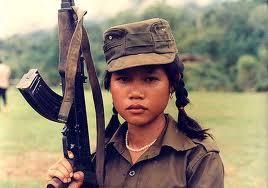 The UK has an estimated 130 000 slaves today, America over 400 000.  You have probably passed them in the street, even sat next to them on a train. Many are sex slaves, tricked in to coming to our country for a better life. Many are labourers.

When you buy something very cheaply, often made in China, ask yourself who made it.  Despite laws and regulations, child labour is very common.  Mothers with babies on tow toil long arduous hours; in return they have some food and some shelter.  They are slaves. They are everywhere, all around us.

At present there is a fashionable outcry about the trans-Atlantic slave trade. We hang our heads in shame. But it is ridiculous. Horrible histories have always been with us, and always will be. Let us concern ourselves with the slaves of today, rather than exacerbate a racial issue from which we should all (whatever our ethnic origin) have long since recovered.  Many many peoples suffered dreadful pain, and still do.  It has not depended on colour of skin but on religion, of caste, of gender … and most of all on education.