The French language – things you don’t learn in evening class. 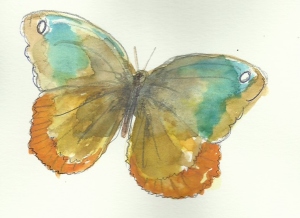 Today Eden, who is seven, asked me if it was obligatory to go to the pool.

You would never hear this in English. “ C’est obligatoire d’aller a la piscine?” she asked after I suggested I accompany her there.

An English child would say “do I have to go?” or perhaps “is it important I go?” or something like that.  In English it is not obligatory and never could be.  The health club I belonged to in the UK had a sign in the changing room: guests are requested to kindly take a shower before using the sauna.  The health club I went to in France had a similar notice: douche obligatoire avant sauna.

Likewise the French will use to have the right.  Eden again, and today again, asked if she had the right to an ice cream.  “J’ai le droit de prendre une glace?”  An English child would ask “can I have an ice-cream?”  An American child, I am told, would just help himself!!  I remember when we first came to France coming across a car crash.  One side of the road was blocked and there was a long long queue, as traffic passed swiftly and constantly in the other direction.  After quite a wait, I got out of the car and asked the young man standing to one side (aged 35 or so) to stop the traffic one way so that the others could get moving.  “Je n’ai pas le droit”, he replied.  I haven’t the right, he said.  So I did it.  When the police turned up they looked mildly surprised at me, but didn’t guillotine me or fling me in to prison.  Phew.

Then there is the word interdit.  Forbidden.  I think it has something to do with Napoleon.  Even though he’s been dead a long time.  At a nearby chateau is a sign “il est interdit de marcher sur l’herbe” – in English this would be please keep off the grass.

French is such a beautiful language, yet they do have this “hardness” to many of their words and ways of saying things.

As usual, just as the pop in to my head (accents missing):-

quelquechose qui cloche – something not quite right

double rideau – (while we’re at it) is a curtain, whereas a net curtain is un rideau or le voilage

queter – to ask for money, but not begging, ie to ask for money for a charity.  There is no word for a collection box, so I suppose one would say “une boite pour faire la quete”.  To beg is otherwise mendier ie. as in a beggar

je connais comme sur le bout des doigts – I know it like the palm of my hand.  However, in French this does not really apply to, e.g a town or a street, more to a book or some other intellectual situation or item

ecole privee – public school, though in English we tend to say “independent” school these days.  The public/independent school in the UK is more-or-less unique in Europe.  Our children went to an ecole prive here in France, but it cost a tiny fraction of what it would cost in the UK and had no where near the same connotations or anything like it

c’est plus fort que moi – I can’t help it

il y en a la-dedans – sort-of equivalent to “she’s not just a pretty face” – you need to tap your forehead as you say it, indicating there are brains up there.

manger sur le pouce – to eat on the go

ca me casse la tete – it does my head in

c’est casse-pieds – it is boring

Catherine Broughton is a novelist, a poet and an artist.  Her books are available on Amazon/Kindle worldwide or can be ordered from any leading book store or library.  Links below:-