The French language; learning French. The tu and the vous of it. 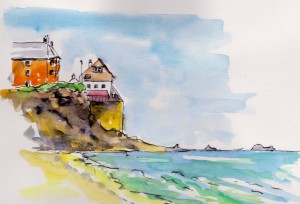 Even Brits who, like me, have been in France many years wish the difference between tu and vous didn’t exist.  Half the French population wishes it didn’t exist.  It is a constant problem and, despite very good French, I wobble along the line between using tu and using vous, frequently tripping over, back-peddling and laughing it off.

And it is easy enough to laugh it off.  I say “Oh, me ?  Moi ?  I am English and as you know in our language there is just the word you …” and the French will reply “eh oui, c’est tres complique, le francais!” 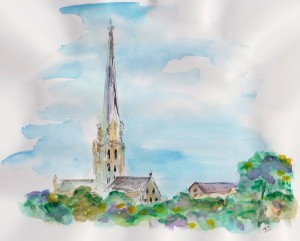 In fact – on the surface of it -I understand perfectly well when tu and vous could and should be used, but that is the problem: there is not just the surface to it.  There are so many variations to the general rule, so many different attitudes affected by class (theoretically class doesn’t exist in France), education, region and personality that the rules chop and change at the drop of a hat.

I am perhaps in a slightly different situation because I employ people.  I use tu with all my staff – mostly cleaners and gardeners.  I call them by their first names and they call me Catherine or Madame, depending on how well I know them.  They use vous.  A French friend noticed this the other day and told me that she found it meprisant on my part – contemptuous.  Dear oh dear. 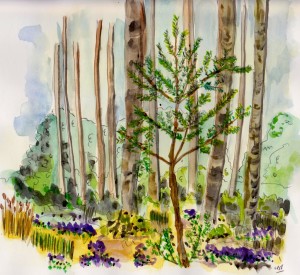 But no.  I most certainly do not have any feelings of contempt for anybody (except for one Welsh ex-priest, but that is a different story!).  It is just that it is difficult to say, using formal French, something like “this lavatory is not clean enough and you have forgotten the paper”.  At least it seems odd to me.  They would find it very difficult to ask for a pay rise if they used the chummy tu, yet it is better that I use the chummy tu when addressing them so that they know that  am not some hierarchial figure and that I too clean the lavatories and put out the loo rolls … yet I am nonetheless their boss.

– Only use tu if invited to do so

– However, the other person is often waiting for you to say tu first

– As a general rule people who are a lot younger than you (not necessarily children), and who do not necessarily know you well, use vous, even when you use tu with them.  If they also use tu it shows a lack of education and sensibility.

– however my beautiful little daughter-in-law always addresses me as vous; she calls me by my first name but will not use tu, even though I have invited her to do so. She says it would be disrespectful. 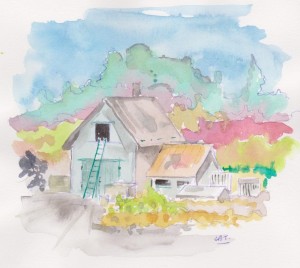 And then there are first names. Like the Americans, the British are very first-name orientated.  The French do not use first names as readily as we do, though this is changing.  Older people can find it offensive.  Having said that, my older cleaners, although they use vous, they also use my first name.  I think that is quite a nice line between the boss and the staff – we are almost friends, I am approachable, I try my best to always be ready to listen and to chat – but it is me who signs the pay cheque, and that divide is crucial.

In the UK we might, after several years, call our GP by his first name, or our lawyer …. perhaps. Depends.  I died a million deaths on one occasion when I was helping in a notaire’s office and the English woman buyer cheerfully called the notaire by her first name. It was excruciatingly rude.  Would she have done that in the UK, I wonder?  I wouldn’t.  A notaire, male or female, is always addressed as Maitre.

But notaires and the like notwithstanding, first names are in really very common use in France these days, and the one who insists on being called “Madame Tartanpion” is just being silly. 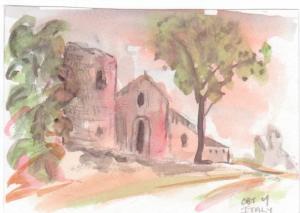 The great saving grace is that we are not French.  We can bumble along and laugh it off and shrug and say things like “oh la la!” and explain that, poor us, we are not French … so how are we to know?

Interested in France ?  Book your holiday in one of our lovely properties in the Charente Maritime. Go to www.seasidefrance.com