Speaking French; language and its idiosyncracies. 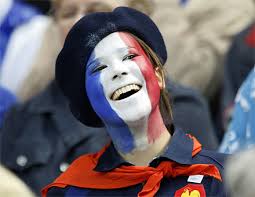 Today a friend asked me if, when I speak in French, I feel that my personality changes.  The friend, Annie, is French, but lives in Australia.  The question surprised me because I had often felt that I am a different person when I am in French mode, so to speak.

It was such an interesting question.  It was a question to which I related instantly, though it has taken me all day to sort it out in my head.  The answer is yes.  Yes, when we speak in a foreign language our personalities do change.  It may not be obvious, and it may be emphatically denied, but it is something both Annie and I agreed on and several bi-lingual friends have agreed since.

On a scientific level there is no conclusive evidence, though studies of bi-lingual students were recently done at Birbeck College in London, examining this very thing.  Their conclusions were more-or-less the same as mine. 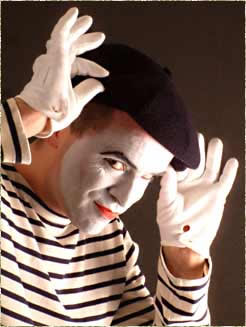 The first thing to recognize is that when you speak a foreign language you are, in a way, speaking fiction. What is coming out of your mouth is unnatural to you (even if you feel you speak naturally). You are acting.  In fact, in order to be good at learning and speaking another language you have to be a good mimic and a bit of an actor in the first place.

So many of my friends and acquaintances struggle with the French language (and French friends with the English language) and the few that are good at either are also the ones who can mimic others, or tell a good joke/speak in public, or  act.

Unless, of course, they were raised in that language.  That changes everything.

I think the personality-change syndrome only applies to people who are fluent or very nearly fluent.  Of course, one’s definition of fluent varies.  Really fluent should mean you can speak the language almost as though it were your own language.  Lots of people think they are fluent when they are not and a great example is my English friend Lucy who is determined that she is fluent and has no accent.  The fact of the matter is that she has an undeniable accent and is nothing like fluent – BUT! but she feels as though she is and, there are no two ways about it, she is a different person when she is speaking in French.  In French she is altogether more jolly, almost as though she is more at ease.  And that goes to show how important it is to relax in to a language and to sort-of pretend to yourself, or in some way convince yourself, that you are fluent. 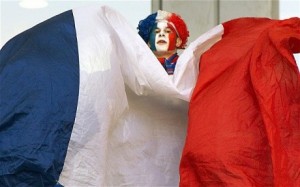 It goes without saying, if we think about it, that a change is needed when we change language.  It is a change.  Like when you wear something totally different to what you normally wear.  It makes you feel more attractive, or less attractive, as the case may be.  Or it makes you feel more confident, or a bit of a plonker, or horribly self-conscious.  Or whatever.  It creates a personality change. Doesn’t it?  When you speak in a different language you make an emotional and a mental investment of sorts.

Which brings me on to Euros. It was the first thing my husband (who is not fluent) said when I asked him.  He pointed out that to him, something that costs cinquante-cinq Euros (for example) seems very cheap, whereas saying £55 sounds much more expensive.  It is the play-money syndrome which is all part of the acting and the playing a role and being somebody different.  I had never thought about it before and recognize it absolutely now that it has been pointed out.

The other thing that Annie pointed out was that, as foreigners, we are treated like idiots.  Well, not always, of course.  But she said that when she is in Australia the Australians will regularly speak to her as though she is daft.  I think this is because they assume she is a newcomer.  The second they hear a foreign accent, and her accent is very strong, they assume she will know nothing about anything locally – even though she may have been there longer than they.

This is the case for me too.  Friends like Claudine, who have known me for over 20 years, know better, but many French people will tell me that “ ici en France nous …” (here in France we …) – as though I don’t know.   We used to have a tenant in one of our cottages, a young French chap named Marc-Alexandre, who always had an expression of disdain on his face when I spoke to him, almost as though he took it as a forgone conclusion that, because I am not French, there is a whole world of stuff that I don’t know … though that is, of course, the result of lack of education, for an educated young man would know in advance that bien sur I know.  More interestingly, my French would go to pieces when I spoke to him, just like an actor forgetting his lines or a mime artist forgetting which accent he is playing. 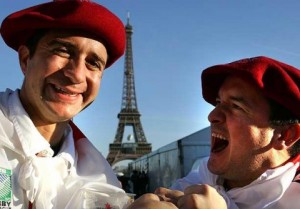 Catherine Broughton is a novelist. She also owns and runs a holiday domaine, Rochebonne,  in France. Visit http://www.holidaychateaufrance.com