Snippets of French history: Paul Gauguin: the artist in a nutshell. 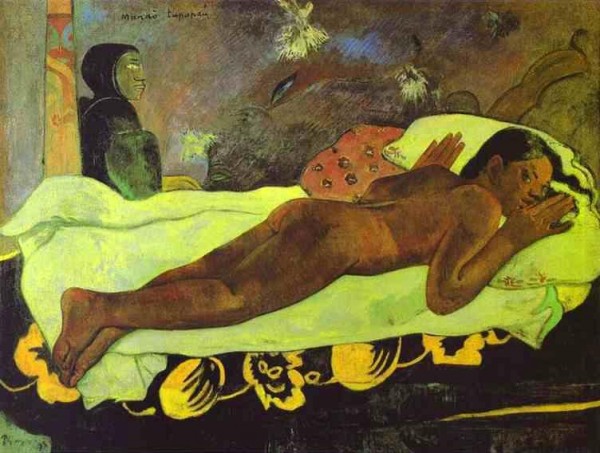 Paul Gauguin (1848-1903) was born to a young French journalist and a part-Peruvian lady from an influencial family.  The family, along with Gauguin’s older sister, moved to Peru when Gauguin was a baby, but his father died en route, leaving the young family destitute till they were taken in by an uncle in Lima.  They lived there for seven years, and Spanish was Gauguin’s first language and one for which he retained a preference all his life. 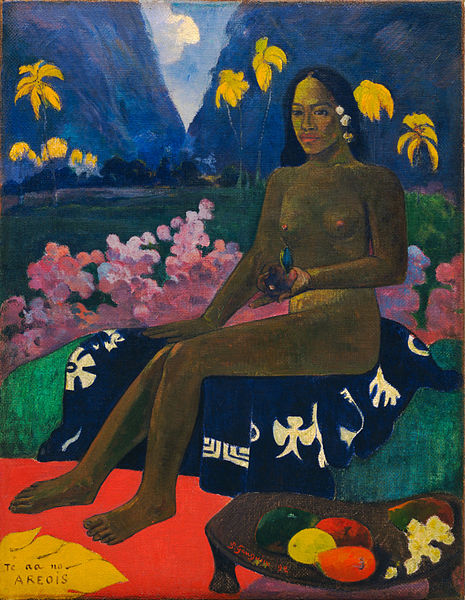 There is a kind of “raw” feeling to Gauguin’s paintings, the colours are stark, forms are exaggerated.  Gauguin was not popular as an artist until after his death.

Settled back in Orleans, France, Gauguin did well at school and at age 17 joined the French navy. A few years later saw him become a stockbroker in Paris, where he lived as a successful business man for eleven years.

In 1873 he married a Danish girl, Mette, and they had five children.  Some ten years later in 1884 they moved to Denmark but the marriage soon began to disintegrate as Gauguin started to be less successful as a business man and took more interest in his art … which till then had been a hobby and one in which very few people took any interest.  He became depressed and made at least one suicide attempt. 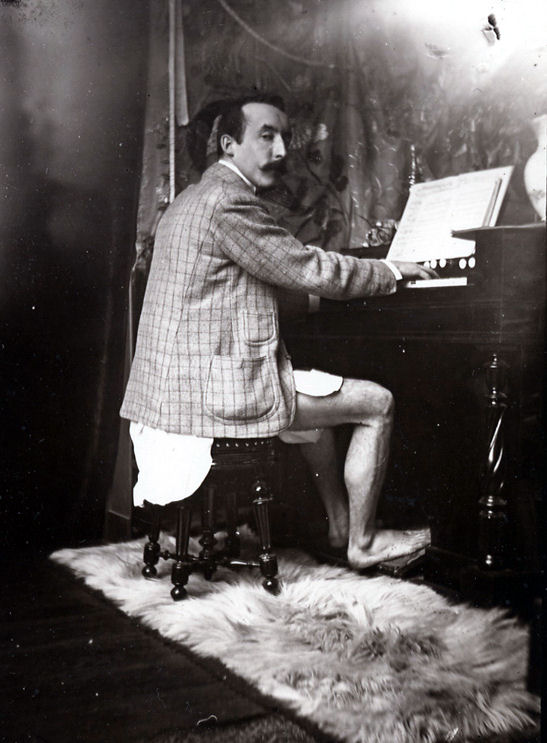 In 1891 he returned to Paris, never to see his wife or children again.  He had a series of mistresses and had at least 4 illigitamate children.  In the above photo he is playing an organ of some sort – Lord knows what happened to his trousers! 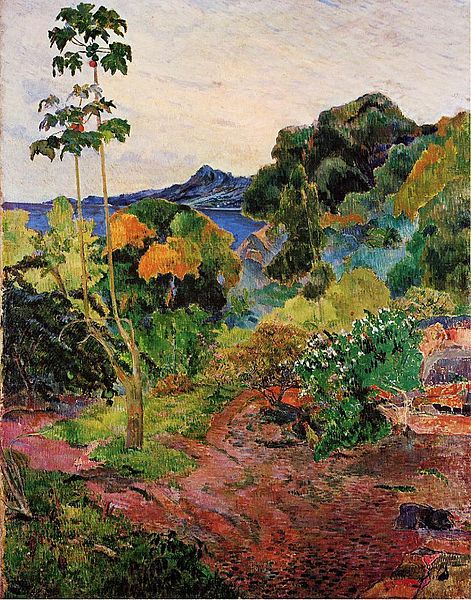 Gauguin’s art was considered dubious at the time and only the tiniest percentage of art critics could see anything in it. Yet he was part of a vogue in Europe where art from other cultures was steadily becoming more popular, particularly in France and in the UK.  I don’t know that Gauguin actually saw an opening for his style, but there was an opening there as more and more styles and genres from all over the world started to infiltrate the market.  Artists like Van Gogh, Pisarro, Cezanne were all of the same ilk – indeed, they all knew each other.

Gauguin travelled a great deal and studied the art of the places he stayed, as far reaching as Panama, Martinique, Tahiti and Polynesia, where he died, aged 54.  It is generally thought that he died of syphillis, but historians now consider that he probably died from a morphine overdose – whether intentional or not, we will never know.

Gauguin’s painting of two Tahitian girls, entitled “When Will We Marry?” sold for $300 million recently.  During his lifetime, however, he made mere pennies from is art work.

Interested in France ?  Book your holiday near La Rochelle/ island of Oleron by sending a request to Sarah [email protected]  Give preferred dates and price range.  Full details of our properties on seasidefrance.com