The story of champagne in a nutshell. 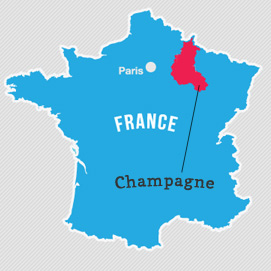 Champagne, simply put, is bubbly white wine from the north-east of France.   The reason it is called champagne is because it comes from … Champagne !

The first vineyards in the area were planted by the Romans, starting with early occupation of what was then Gaul, in 58 BC.  As Christianity spread, churches bought up lands, and monks produced wine for serving along with the Eucharist.  During the Medieval period, French kings were crowned and anointed in the city of Reims, also north-east France, and therefore wines from Champagne were served during the celebrations.

Associated with Royalty because of this,  it became an expensive wine  and manufacturers started to concentrate on associating it with not only French royalty but the aristocracy in general.  By the end of the 17th Century white wine from Champagne had become the “classy” drink for anybody who could afford it. 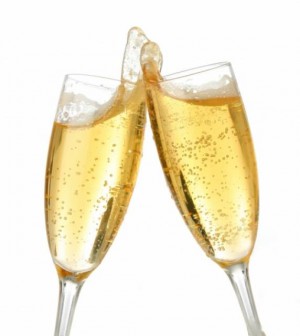 Contrary to legend, the sparkle was not put in to Champagne wine by Dom Pérignon.  As early as 1531 sparkling wine had been used by monks in Carcassonne (south west France) and a whole century before that an Englishman named Christopher Merret discovered – and documented – that putting sugar in to distilled white wine created a second fermentation which in turn created the fizz.  This to this day is called the méthode champenoise.  Because glass that was sufficiently strong to withstand the pressure had not been invented, sparking wine was made only for immediate consumption, and the world had to wait another few hundred years for suitable bottles. 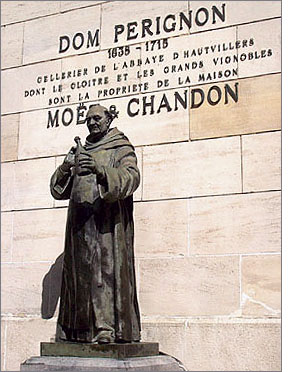 It was not till 1844 after an accident in France, when a bottle exploded, that champagne as we know it began to be produced.  A French man named Adoplphe Jacquesson invented the wire “muzzle” for the corks, to hold the cork in, and the méthode champenoise, as documented by Merret, became the accepted method.

Champagne brut, by the way, was created uniquely for the British market, in 1876, though it is now more popular in France – and all over the world – than sweet champagne.

Interested in France?   Book your next holiday near la Rochelle/Oleron. Full details on www.seasidefrance.com 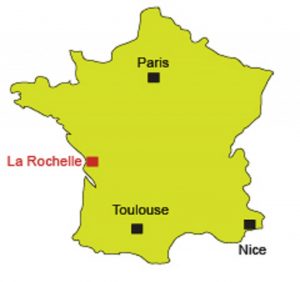