Raising Debbie: I am a powerful woman. An English family living in France. 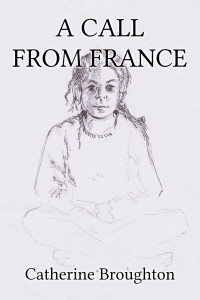 I have just had this item published on an excellent web site called “I am a Powerful Woman”.

When we looked at Debbie, aged fifteen, going on sixteen, we felt proud.  We had done well.  We had raised her and her two brothers to be independent, kind, caring, self-assured, decent people.

Debbie had always had everything, from the buckets of family love and devotion, to the hours of attention through various childhood ups and downs, to the more tangible things like skiing and horse riding.

No, I don’t think she was spoilt.  I worked, so she knew all about the dashing-around-I-haven’t-got-time-right-now, not to mention all the “I’ll be half an hour late picking you up from school”.  She didn’t suffer for it and I don’t think children do, providing they know that they are loved and cared for in every way.

She had to work for her pocket-money.  Just simple household chores – wash the cat’s bowls, empty the dishwasher and so on.  Nothing unreasonable.

So how do you cope when it all goes horribly wrong ?  What does a mother do when her lovely daughter starts to do all the things – the very things – you had trusted her not to do ?

How do you handle it when she turns, seemingly overnight, from a sunny, cheerful teen to an obstreperous, snarling one ?

When Debbie was almost sixteen she ran away from home with a thirty-five year old man who had just got out of prison.  Out of the blue.  She had had a tattoo done on one of her breasts, and I had been angry and hurt about that.  A small butterfly, or a flower on a thigh or shoulder is one thing – but this was the head of a horse, very badly done, and huge.  She had also, for several weeks, been slightly rude to me.  Nothing much, just a bit of back-talk at odd intervals, which I ignored.  So it was out of the blue.

Debbie put us through six years of nightmare.  For four of those years she disappeared completely and we had no idea where she was or how she was.  Alcohol, drugs, pregnancies, rape, police … you name it, we went through it.

Debbie came out the other end of it a pleasant young woman, relatively unscathed.  We have a close relationship now, and I think I can say I am relatively unscathed too.  But her dad has never really properly recovered.  Her behaviour triggered Meniere’s disease which has been with him 24/7 ever since – fifteen years now.  He is clingy in his love for his daughter in a way that is perhaps slightly …. I can’t find the word … desperate, perhaps ?

I am a strong woman.  Very strong.  I learnt to be strong at an early age.  I went to fourteen different schools as a child, because of my father’s work.  I changed country and changed language frequently.  Sometimes we lived on a leper colony in Africa (my dad was a doctor of tropical disease). I was the eldest in a huge family.  These things make you strong.  From an early age you have to make or break.  It is good for you.

I won’t go in to all the things that helped me, in adulthood, build-up my muscle (so to speak) but suffice to say that I dealt with A Lot.  Never, when I was expecting my baby girl, did I imagine that she would be the cause of the biggest test.  As part of my “recovery” process I wrote a book, “A Call from France” (Amazon etc.) which was like a kind of catharsis for me.

To mothers who are going through traumas with their teenage children, I say this:

–          Show your children that you trust them.  This does not mean that you should necessarily trust them, but allow them to feel trusted.  Trust, within reason, triggers responsible behaviour.  They do not need to know that you are still supervising quietly from a distance.

–          My father always used to say that a parent can only do what seems to be the best thing at that particular moment.  We all make mistakes and wish we had done things differently.  As long as you are genuinely doing what you think is the best thing for your child, then that is what you must do, even if it turns out to be the wrong thing.

–          Teens, like children, are essentially selfish.  By that I do not mean they are unkind in any way, I mean that their thoughts and feelings tend to centre, perfectly naturally, on themselves.  Just as a small child learns to share his toys, so teenagers need to be learn to see the bigger picture.  It is something they learn, so do not expect them to understand overnight your feelings when their own psyche has not developed enough yet.

–          I do wish that I had got Debbie involved in something she really loved, for I often think that might have made things turn out differently. Horse-riding or archery or whatever – I do think that if she had had a passion for something like that, it would have been better.

–          Know that it will be All Right.  Children come home.  Children grow up and become sensible adults.  Some take you through the mill en route, and some do not.  Relax.  It is going to be OK.  Not today, not tomorrow.  But soon.

To order your copy of “A Call from France”:-

Catherine Broughton is an author, an artist and a poet.  Her books can be ordered from most leading book stores and libraries, and are available on Amazon/Kindle.  You can also down load them as e-books from her web site http://turquoisemoon.co.uk:-