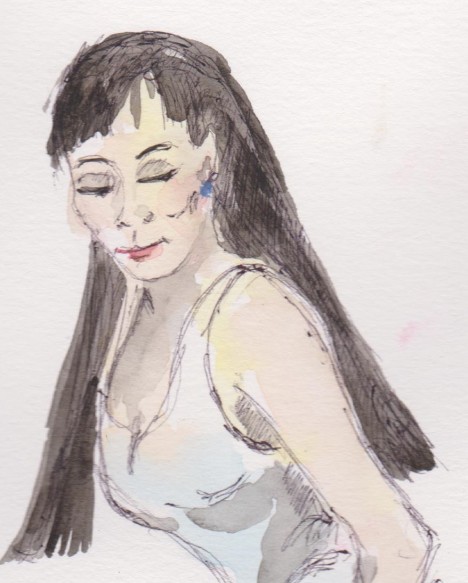 When they left Peru, Marie-Carmen treated it almost like a game.  She had been hankering after a trip to Europe for some time and, although their departure was sudden, and in the middle of the night, she didn’t take it seriously and didn’t truly imagine they were in any danger.

She was accustomed to intrigue.  From an early age she had heard urgent voices, low, almost whispers, in her father’s office.  She knew to not ask questions.  With Ignacio being in a powerful position in the police, the continuing urgent whisperings and quiet telephone calls seemed more-or-less normal to her.  She had grown up with it.

When she and Ignacio married, Marie-Carmen has just assumed they would stay in her parental home.  After all the place was massive, and she didn’t want to leave papa.  There were odd moments when she realized that having a home of her own would have been nice.  She could have taken Prisca with her.  But no, she wanted to live only, and forever, in her elegant childhood home, with peacocks strutting the lawn and letting out their bizaree, painful cry. Later, when she was in the garden of the house at El Madronal, she pictured her home so clearly – as the architects scribbled and the builders worked, she was aware that she must not try to re-create the house where she and papa had lived …  That would be a mistake.  Even then, it didn’t ever dawn on her that she would never see it again.

Extract from “Saying Nothing” a novel set in Spain, by Catherine Broughton:-

Dawn broke heavy, humid, and airless. There was none of the freshness of a morning.  The bed was damp with sweat.  Janie lay still some time and then rose listlessly and made tea.  She sat by the door to drink it, shuffling her bottom to one side as the men came in and went out, fetching bread and making coffee.  The van was there again and she wondered if she’d only dreamt it had gone.  None of it made sense.  They said that Don Carlos would be back.  Surely he would be?  I can’t stay here any longer, I shall go mad, she thought.  And she resolved to spend the rest of the day in the cabin and not got to the river at all rather than risk missing Don Carlos.

Bludgeoned by the heat Janie staggered to the trees and sat down in the dust, sweating and dirty and already exhausted.  Again the possibility that she had been drugged crossed her mind – she was unnecessarily hot, far too tired …. and she slept so heavily.  But when would they have drugged her ?  Surely she’d have noticed if one of them had put something in her drink ……….?

There were insects, thousands of insects everywhere.  Jeez, where do they all come from ?!  Far more than in the previous days.  Breathing through her mouth her throat was quickly parched, and breathing through nose, her nostrils became intolerably dry.  She lumbered back to the cabin.  At midday the abuelo came in.

The other men trooped in and sat at the table. The bread had gone hard and Janie did as the men did and dunked it in her wine.  The sky was a deep, clear and cloudless blue. 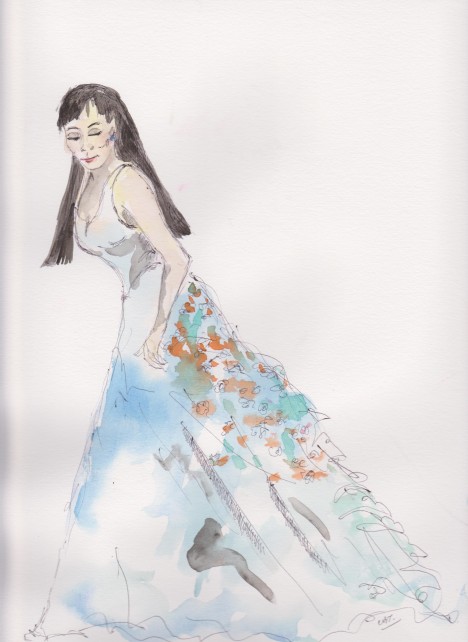 To purchase as an e-book click on the link below:-