People in my books: Kirsty. A bizarre story set in Cyprus. 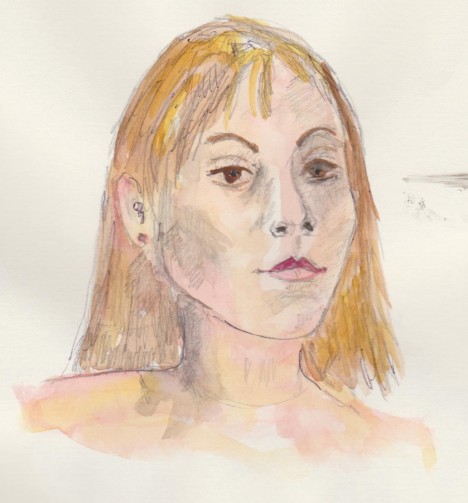 Kirsty was in her early-to-mid twenties, a post graduate with a degree in English.  She moved to Cyprus with Tom, also an English graduate and, like him, had been to some minor Uni somewhere in the Midlands.

She was a clever enough girl, but no intellectual.  She had acheived her degree simply by reading and writing the right stuff and, like her fellow post grads that hailed from the same – and similar – places, had no proper knowledge or understanding of English literature apart from the books that had been studied on her course.

But that was okay. She was sharp enough to know that it was a mediocre qualification and bright enough to know that, for her at any rate,  it really didn’t matter that much.  She claimed that most teachers were over-paid and over-qualified, but she had the good sense to enjoy the long school holidays and the relatively short hours without questioning too many issues.

She was pretty in a straight-forward and uncomplicated sort of way. She had a lovely figure and a natural manner.  She had a ready smile and was kind.  More than anything, she loved Tom.  She knew it wouldn’t last, and in some ways she broke her heart over it. She befriended Stella mostly because she felt sorry for her – Stella was a fish out of water and – worse – would be a fish out of water wherever she went and whatever she did.  Stella was one of those awkward people, a tall gangly woman who desperately wanted to fit in and to be feminine.  And Kirsty felt genuinely sorry for her.

When the police came to her door it all became obvious, appallingly obvious, but at the time, it hadn’t occured to her …

Extract from “The Man with Green Fingers”:-

It had all been so easy, so amazingly easy.

Stella stretched luxuriously. Well, of course, not many people would have been able to do it. Very few would have known where to even begin. So from that point of view it was ridiculous to say it had been so easy. In fact, it had taken six months, slightly more. The planning had been meticulous. Every angle of every possibility was studied. Every scenario examined. She had had to be absolutely certain, could risk nothing.

And she had pulled it off. Brilliant. Quite simply, she was brilliant. She lay back in her chair, her head resting against the wall behind her, and closed her eyes against the sun. She could hear the small movements of a bird on the roof and the background sounds of the city beyond the confines of her yard walls. A satisfied smile crossed her face. She would rest here a while, then have a beer or two before changing her clothes and wandering back out in to the town. These little sorties were almost daily and never ceased to send a thrill of anticipation through her. The entertainment value of it was massive. She was aware that one day it would quite possibly pale and become boring, but for now it was hilarious and she loved it.

The shrill ringing of her telephone jolted her upright. She pressed her hands on to her knees as she rose and, her feet bare on the scorching brickwork underfoot, she went rapidly indoors and picked up the receiver.

“Hello?” she said in English.

“Stella – it’s Kirsty!” Kirsty had a delightful way of putting a touch of excitement in to her voice…

Catherine Broughton is a novelist, a poet and an artist.  Her books are available from Amazon/Kindle or can be ordered from most leading books stores and libraries.  You can also buy them as e-books by clicking on the links below:-

For more about Paphos:-