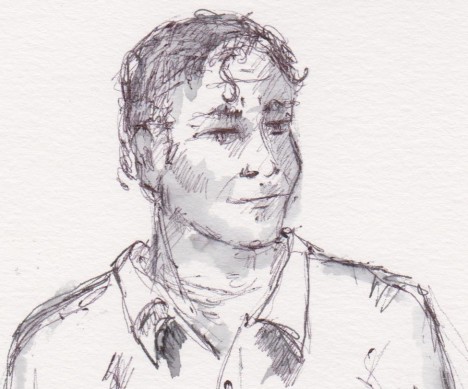 Faydu had got Stella sussed from an early stage.  He thought it was amusing. In the quiet of his bedroom he whispered to his wife, laughing lightly, trying not to snigger for he was not an unkind man.  To him it was obvious. His wife said she couldn’t see it, she thought he was wrong, but on the whole she tended to defer to his judgement, whatever it was.  Either way he didn’t want the children to know.  Children can be so cruel.

Faydu watched Stella as she approached his cafe, almost every day during the winter months and almost never during the summer.  He could spot her a long way off – well, who couldn’t ?  As she tottered on her ridiculous heels across the street, it was sometimes all he could do not to laugh out loud.

Years later, when he read all about it in the newspaper – and it was headline news for several weeks – he wished he had said something at the time.  He’d probably have got in to the paper too. Had his photo there.  He’d have said: I knew, I knew it all along!

Extract from “the Man with Green Fingers”, a novel set in Cyprus:-

“I am buying a house in France,” said Ashley, coming straight to the point, “and I need an account.”

“Yes – do you have the house already?”

“The purchase will be going through within a few weeks. I need to have the money ready to pay the notaire.”

“You must ask your notaire for a RIB – releve d’identite bancaire,” said Delahaye, “that way you can transfer the money straight to the account.”

Ashley hadn’t expected this. Does the man want me to open an account or not? He had heard the French were not natural business men and this seemed to be proving the point.

“Yes, I realize, of course. But I need an account anyway – the house will need a great deal of work and I must pay the firm – the carpenter, the bricklayer and so on. They will need to be paid in Euros.”

“I need to have your passport pliz, monsieur,” said Delahaye, offering no further argument, and rummaged in the drawer next to him to get out the appropriate papers. “First, your name.”

And he handed over the photocopy of the passport. Delahaye did not ask for the original.

So far, thought Ashley, as he watched the harbour of Calais pull away from him a couple of hours later, so good. He felt the rush of sea air over the deck whip, bracingly, round his neck. It has all been very straight-forwards. Delahaye had glanced only very superficially at the photo on the passport copy. He had given Ronson’s address for the cheque book and paying-in book, and had paid in a few hundred pounds of his own money. Oddly enough – and Ashley recognized that it was odd – he felt unreasonably irritated at having to use some of his own money to open the account, even though he knew he’d get it back a thousand times over.

Jeanie was whining and irritable when he got in. It occurred to him that he should simply move out and be done with it. Now that he had got The Plan in motion he had no reason in the world to stay. Ollie and Mike were sitting at the kitchen table when he walked in.

“Hello daddy,” replied Mike. Ollie stared. Ashley looked back at Ollie. He was so like Jeanie – the same vacant eyes and white skin. Mike didn’t look like either of them. For a wild moment Ashley was about to ask who these children were – these disgusting little boys with food on their chins.

Jeanie took both boys over to see her mother on the Sunday.

“Are you coming?” she asked him.

“I cannot understand you working even on a Sunday!” exclaimed Jeanie with a sting in her voice. “Can’t that ridiculous firm manage without you?!”

Again, Ashley had that clear sense of having understood where others may not: – she didn’t want him to go with them to her mother’s yet needed to pretend that she did. It was like sex: she needed it only in order to make her feel normal. Any pleasure it might have given her – which was unlikely – was by-the-by. He waited for half an hour after she’d gone then went to her wardrobe and took out a floral frock. He kept Stella’s underwear and shoes in the garage still … 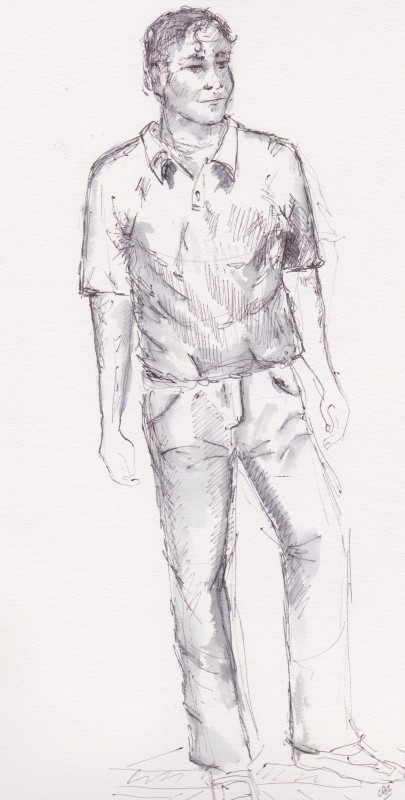 Order your copy of “The Man with Green Fingers” from Amazon/Kindle here:-

Catherine Broughton is a novelist, a poet and an artist.  Her books are available as e-books on this site or can be ordered from Amazon/Kindle, and any leading book store or library.